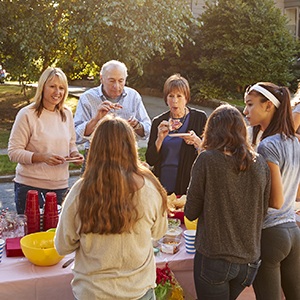 Spring is in the air, a time when everyone’s fancy is turning to looking at homes for sale. Or so it seems to me, anyway! The last two articles I wrote for Growing Up in Santa Cruz dealt with some of the financial aspects of home ownership – specifically, how to actually get the money together to buy a home, and why renting a home is, in the long run, calamitously more expensive than owning one.

So much of the discussion around homeownership revolves around the money, but there are many other well-documented, but less well-known, benefits to homeownership. In this month’s article, I’d like to explore some very important, and under-appreciated, non-financial benefits that go along with owning a home.

A number of studies and surveys have been done over the years which illustrate many positive correlations with homeownership. For example, Bank of America’s 2019 Fall Homebuyer Insights Report showed that 93% of participants reported that homeownership made them happier than renting. In that same report, 78% of respondents said they’re happy with their social life, vs. 58% of prospective homebuyers.

Backing that up is the Zillow Housing Aspirations Report, wherein 49% of renters say they regret renting instead of buying…but only 8% of homeowners regret buying vs. remaining renters. The four main reasons people said they regretted not buying are:

One surprising aspect of the Bank of America report is that 76% of those surveyed indicated that they started new hobbies after buying a home – such as landscaping, gardening, cooking, baking, grilling, and interior design.
Perhaps unsurprisingly, the good people at Habitat for Humanity have quite a bit of positive data to share about homeownership. For example, a national survey of Habitat homeowners found that 74 percent said their families’ overall health had improved since moving into their home.

But wait, there’s more! A study in the Journal of Urban Economics found that children of homeowners are much more likely to stay in school until age 17 than children of renters, especially in low-income households.

Not only that, research by an Ohio State University economist found that children in homeowning families outperform children in renting families in both math and reading achievement tests, even when other factors are the same. The research showed that kids whose parents own their homes will have fewer behavioral problems, higher educational attainment and greater future earnings.
Yet another study, published in a journal produced by the Federal Reserve Bank of New York, found that the graduation rate for children of homeowners is 19 percent higher than for renters, and they are twice as likely to acquire some postsecondary education.

Being a homeowner encourages parents to get involved in the community — and research backs that claim up. In a National Association of Realtors report on homeownership, their data showed that 77% of homeowners voted in local elections vs. 52% of renters. Also, 38% of homeowners knew the name of their school board members but only 20% of renters knew them.

It’s important to keep in mind what my friend Kevin is always telling me: correlation is not causation. So far as I know, it hasn’t been scientifically proven that simply owning a home makes you healthier, smarter, more civically engaged, safer, better looking, and all the rest.

And there’s no shortage of people for whom owning a home has been a fiasco. Nothing’s perfect, and there are no guarantees. And with homeownership comes stress, hassle, and quite a bit more responsibility than does renting.
Is homeownership for everyone, at every point in their lives? Clearly not. But the financial benefits of long-term ownership of your primary residence are hard to dispute. And yes, I know, people dispute them, but it’s not hard to find someone on either side of any argument.

The non-financial benefits of homeownership are more difficult to “prove.” But I hope that this article has shown that there are many benefits associated with owning your own home, beyond just the dollars and cents. 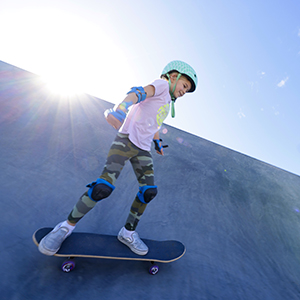 The Surprise Return of Skateboarding 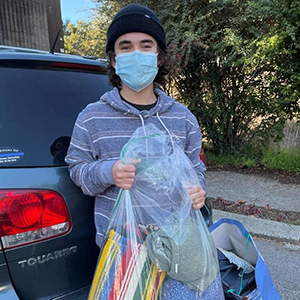 Teens Stepping Up For Community 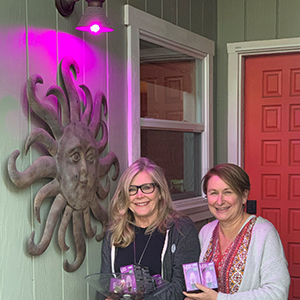