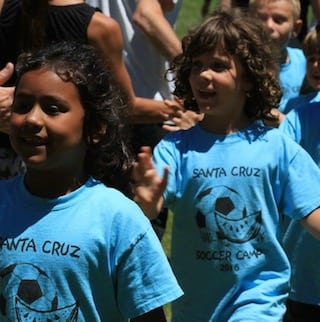 The Evolution of Competition

It was a cold cloudy rainy day in the dead of December 1994, at Natural Bridges After School Sports Program. The kids were restless. If we didn’t do something quickly the pent-up energy of twenty children ages five to eleven was going to erupt like a volcano. Suddenly an inspiration hit me, we needed to do the unthinkable, we needed to go outside in the rain and play a game. I called everyone in, who was interested, to play a two-hand touch mud football game. Naturally all the older boys came running over at the sound of mud. We divided the teams up and charged outside. The field was set and the two teams got ready for kick-off.

In all my years of coaching, I never experienced a more dramatic example of evolved competition. The rain raged on as these two teams made play after incredible play despite the bone chilling conditions. These kids didn’t care about getting soaked and muddy or about winning or losing because they were all involved in something magical. They were all developing the greatest level of competition there is, the most evolved level of competition… PERSONAL BEST.

My name is Bill Trimpi and I have experienced all levels of competition. At age six I began playing soccer, and at seven was playing on a competitive elementary school team. I remember being in second grade playing against fourth, fifth and sixth graders at another school. It was the 1950s and we were one of the few school districts in the country playing competitive soccer. I played exclusively on championship teams through high school, and then played for West Chester State College an east coast power house in soccer. After college, I played first division amateur soccer, then played professionally for the Delaware Wings in the American Soccer League. Pele was playing in the North American Soccer League at that time.

During these years of intense competition, I achieved through pressure and fear rather than natural desire. While I became successful through my efforts, I was secretly paying a price. I was training to win at all cost, be liked by others and to feel like I was a success. I was no longer playing soccer for me; I was playing it for the coach, my girlfriend, the school, the city, the score.

Having played at the highest level of competition in the country I became thirsty for a different kind of challenge. So, I travelled west to Boulder Colorado where I met a Sufi Master. For years, I went from workshop to workshop across the country, meditating, dancing, chanting, praying, drumming, whirling and fasting. Rather than facing opponents on a soccer field, I struggled to compete against my own inner opponents.  Self-discipline I learned as a child through competing against others was the foundation I choose to help me reveal the inner mysteries of my life and purpose here on Planet Earth.

In 1988, I moved to Santa Cruz, and in 1989 started working as a coach for Santa Cruz Soccer Camp. Here the concept of Learning Through Enjoyment was espoused which was reflected in fun games to teach skills rather than the typical waiting in line drills so prevalent in soccer, especially in those days. This type of coaching style started an evolutionary transition within my perception of competition.

In the early years of Santa Cruz Soccer Camp, however; competition occasionally took the form of undue pressure, injuries, and some punitive discipline. This was the type of unevolved competitive mentality that pervaded my childhood, and still dominates today’s perception of competition. When the emphasis is on team cohesion and positive discipline, which could take the form of allowing troublesome youth to be helpers, there is a deeper team resonance, and joy happens naturally in the magic of the moment. The lack of self-confidence in many children is due in part to poor early athletic and team sport experiences. These youths were coached with pressure rather than compassion, fun, and encouragement.

As I evolved with the camp, I noticed an amazing shift within the application of competition. Today the camp’s philosophy reflects the true definition of competition found in Webster during the nineties, which I have not seen in today’s dictionaries; STRIVING TOGETHER FOR THE BENEFIT OF THE WHOLE. By learning through enjoyment, one strives beyond the goal of winning, thereby; relaxing more into the moment where the magic happens.

Today, one of the main reasons Santa Cruz Soccer Camp remains popular is because coaches who have been campers, want to excel in their work, and have a commitment to keep it safe, fun, and harmonious. Competition becomes fun for all when the focus is on personal best.

So, what does it take to accomplish this type of competition? From my perspective, there are insights into the secrets of understanding this natural force. Competition is the inherent mechanism that catalyzes the evolution of life. Knowing through experience that competition holds no value of good or bad, and is the innate process of personal growth brings forth empowerment.

If we avoid competition, we hamper our ability to grow. Both winning and losing provide valuable insights into our lives.

The human mind is constantly processing the myriad of forces competing for its attention. As we become better competitors we are able to focus on the important aspects of life that will bring us joy, and self-satisfaction.

These key insights have helped me achieve an enthusiasm for life that continually pushes me to excel in whatever I do. I have found life to unfold its mysteries in front of me as I become more involved in its process. This is what happened that enchanted day when the rain and the mud set the stage for the most spectacular fumble I have ever seen. The children were diving, blocking, passing, and eventually dog piling onto each other in a moment where there was no difference between age, size, or ability. Everyone was an equal participant in becoming the best and most joyous person they could be. 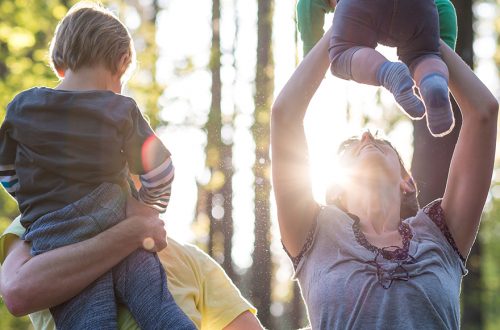 Another Book Fair is Coming 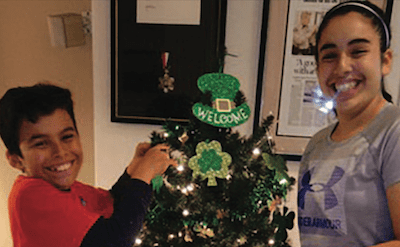 Christmas in July (and April, May, June, etc.)