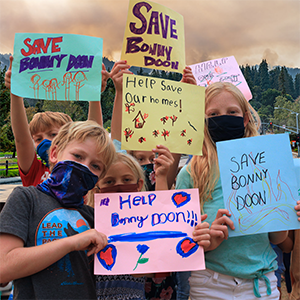 Locals Fight to Save Their Mountain Community

by Kevin painchaud and christy shults

Since the lightning siege that began on Saturday, August 15, 2020, there have been nearly 14,000 lightning strikes. There have been more than 800 new wildfires during this time period, which have now burned over 1.4 million acres.
– CalFire Update August 29, 2020

California’s wildfire season has started early this year, and CalFire is working on all cylinders. The CZU August Lightning Fire was still at 0% containment. Things were looking very dire on August 21, 2020 when photographer Kevin Painchaud interviewed the residents of Bonny Doon holding a protest to get more help for the Santa Cruz Mountains. He spoke with Frans Lanting and Linda Friedlander about what had transpired in the days before.

This is being written on August 29, 2020. 83,335 acres have burned, and the fire is 29% contained. The Santa Cruz Mountains have received help from as far as New Jersey, with over 2000 personnel assigned to the incident. Retired firefighters who call the mountains their home are out on the lines, residents who are firefighters in different counties have brought resources from those fire stations. Even some locals have been sworn in after refusing to leave the fight.

FL: I’m a national geographic photographer, and I live in Bonny Doon. We are here to plead Governor Newson and to order more resources to fight the fire. So, it has been sweeping our communities in the Santa Cruz mountains. And CalFire has not been able to do enough. We lost the community of Swanton because CalFire couldn’t act in time. And now the fires are sweeping through Bonny Doon and into Felton and Boulder Creek, and unless we can stop the fires in the outlining areas they are going to threaten Santa Cruz and the San Lorenzo Valley. This is the biggest calamity in living memories. Threatening our communities, and we don’t have enough resources. There are individual residents fighting the fires on their own property and there is no support from CalFire, that is a tragedy.

LF: So what’s happening is from the very beginning the neighbors in my neighborhood (Off of Smith Grade in Bonny Doon ) are experienced and organized and have mobilized an effort to bulldoze large swaths of containment breaks out there to help the fire from spreading to other parts of Santa Cruz and traveling down, just, containment. Also defending homes up there some of which are theirs. And they are, you know, mopping up the spot fires. We have an organized team of people who are bringing runs of supplies for the people working the fire. Food, water, chainsaws, fuel, whatever is required all kinds of other firefighting tools. It’s extremely organized, everyone up there knows what they are doing, we’ve been through it before. CDF didn’t have the resources to continue helping towards the very beginning so they pulled out so our neighbors, our workers and our people are out there without outside support. Until this morning, when finally, CDF arrived.
What I understand is that this event is to let people know that it is really critical that we get more CDF support and aircraft support and all of that so the people up in Bonny Doon fighting the fire can continue to do so with support and they are helping all of Santa Cruz because they are keeping the fire from traveling out. And the people who are organizing this, the people in my neighborhood are incredibly organized, there just, everyone is, I’m so impressed.

KP: How many people in your community

LF:You know, I don’t even know, but there’s probably like 50 or more. I also read that some of the people who are defending their neighborhoods, in Bonny Wood I believe, came to help Smith Grade because their situation, this is what I read, was under control so they felt comfortable leaving to come help this other team. People are really organized and working together to try and contain the fire, which is, like I said, it helps all of Santa Cruz, and the north I mean it’s wherever the wind goes that’s where the fire’s going to go. So um, yea we want more Cal Fire support, Aircraft support, Aircraft as much as possible.

I just want to add, I just thought of one other really impressive thing, they were short on masks and because of the people in my neighborhood are very connected to the whole Santa Cruz- whole Bonny Doon community they are involved with the elementary school, and, do fundraising for Bonny Doon in general, the wine festival, the music program at the elementary school, anyways they were able to locate 110 and N95 masks which were brought up this morning. They are just incredibly well connected, really organized and effective so we need more support, firefighting support.

Our cover photo highlights these pleas for more help on the CZU August Lighting Fire. 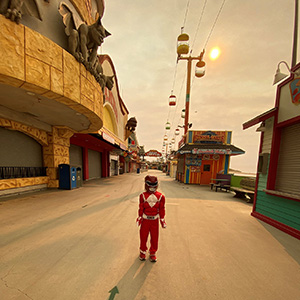 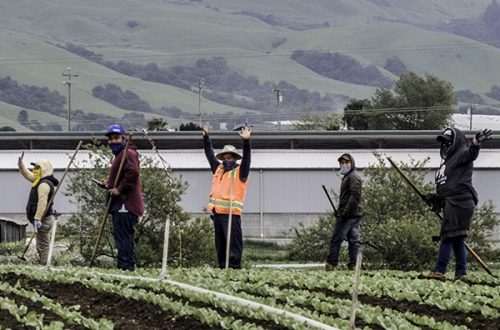 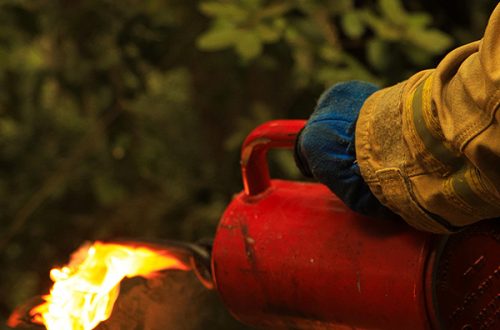