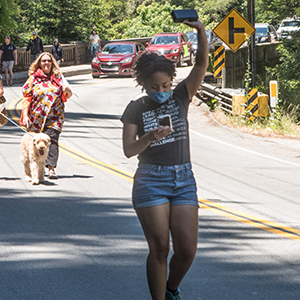 Paddle Out for Peace

On Tuesday, June 2, at noon, 22 year old Megan Rodriguez organized a “Paddle Out for Peace” event. The purpose of the event is to spotlight the racism and discrimination displayed in and out of the water. Rodriquez is mixed race and moved out to Santa Cruz in 2015 from New York. Coming from the diverse community of NY, witnessing and feeling the racial tension in our waters was a bit shocking. Rodriquez states, “most of the racial comments came from the children. I’d ask them why they said certain things, and they’d say that they heard these things from their parents”. Rodriguez continues, “I want to influence the younger generation. Surfing is my only family here. I want it to be a safe inclusive place for everyone.”

The event gathered over 100 surfers from around the Santa Cruz Region. 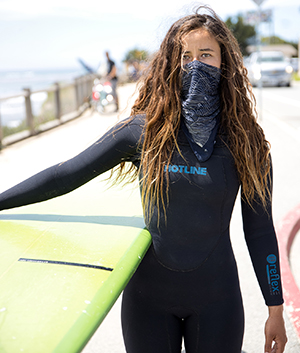 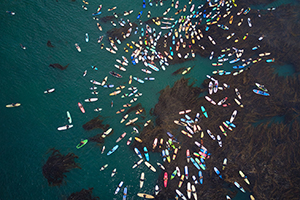 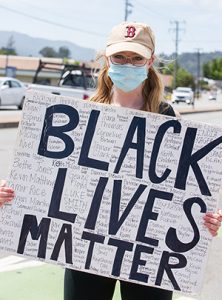 We are a group of young adults, all of whom are Scotts Valley High School alumni, graduates, or current students. The movement first began when we acknowledged that our city, Scotts Valley, was too quiet and lacked the outrage that felt necessary in response to the death of George Floyd and too many other deaths of innocent black people.

We started out small, with only two of us standing on the Scotts Valley dr. and Mount Hermon intersection with signs in support of the Black Lives Matter movement. That said, It did not take long until others joined us. Over social media, we exchanged our experiences of racism in our own town, which fueled our hunger for change and desire for racial justice, and then initiated the planning of the first march Scotts Valley ever had.

Once we made the date of the march public, we were overwhelmed by the response. It was surprising to us how strongly people reacted to the movement, both positively and negatively. We knew Scotts Valley is known for being a concervative city, but we were not prepared for the opposition we encountered. Previous to the event, we were accused of potentially becoming violent and destructive, but our march was peaceful. Hundreds of people joined us with their bright posters, loud voices, and big hearts. The march led to the MacDorsa Park, where we had set up speakers available to anyone who wanted to share their experiences, thoughts, and feelings about racial issues.

Our goals are; to bring awareness to the fact that Black people are being unfairly punished and killed for no reason other than their skin color, demand justice for them, and kindle systemic reform that will work in favor of all people. We believe these goals are vital for not only the progression of our small town, but also for our entire country. 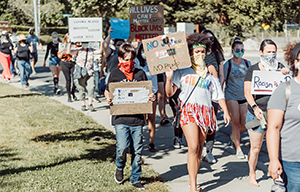 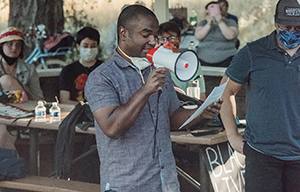 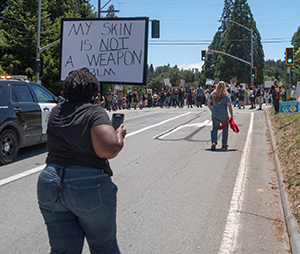 17-year-old Faith planned a march from SLVHS to Highlands Park for June 20. She created a poster and blasted it out on social media, including her phone number, to educate people and answer questions.

“Many people asked why I chose to do a march in SLV, and I chose up here because I’ve experienced so much racism here for the last 17 years. Instead of standing on a street corner, I wanted to make a statement, and I wanted people to notice. What better way to do that then to take everyone on highway 9? The police weren’t too happy, and they asked me if I would do it with or without permission. I said, yes.”

Unfortunately, the racism stared at her, blatantly with death threats. Faith reported these threats but was told there was not much they could do about it. She decided to keep to the plan, knowing the risk she was taking. The community rallied around Faith, offering support in numbers. Some marched, some attended the talks at Highlands, and some stood outside their homes with signs.

Faith says, “The march went completely smoothly, and I was impressed with the number of people that showed up, but I know we can get more. This is a movement, and racism needs to end, so we are taking action. Many people were angry when I decided on Highway 9 because they needed to get somewhere. But you know what? People are dying, and your appointment can wait; we will always let first responders through, but I can tell you with pride that this movement will make a difference. No matter the color of your skin, we all bleed the same. We are all human. Show and protest because your silence is compliance.” 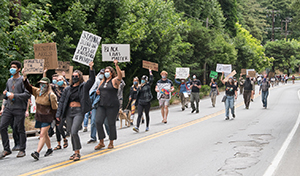 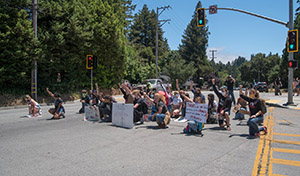 Black Lives Matter. Defund the Police. Decolonize our systems. If you’ve been listening to the roar from the streets being conveyed through the voices of our youth and community members these past few weeks, you’ve no doubt heard these statements. I am a lifelong resident of the Valley (Scotts Valley and San Lorenzo Valley) and have been an educator for the past 17 years. I’m bilingual, biracial Mexican and Japanese and light skinned presenting. I’m also a bisexual single mom. I say this because my voice comes from a place of POC and Queer, two groups whom are traditionally under-represented in our systems nationwide, and more locally, here in our own little towns. Today I am writing about the education system which I have chosen to dedicate my career to. It is my ultimate passion to teach and love your children as if they were my own. As an educator and parent stakeholder in the SLV/SV community I can squarely say that we are not doing enough to teach about implicit bias, discrimination and racism. Over the course of the past few weeks I have proudly witnessed the youth in our valleys take a stand. Though they’ve been met with support by many community members, the opportunity for blatant racism has yet again come to the forefront. Threats of bodily injury and property damage, in addition to efforts to silence those who warrior up to speak to the education of community members who are ripe for a “learning”. This is nothing new, but it’s old and we’re tired. Upon being approached by students at SLV High for advocacy assistance, it has become apparent that systems/curriculum currently in place are in dire need of review. Current models are 20+ years old, rely on students to do the work and hold zero accountability over staff. The problem is that racism can’t just be driven out with platitudes and good intentions. It is real work. It is soul baring and confrontational. It is the ability to sit and learn and admit that we all have so much to do to right the incredible injustices that our Black, Brown, Indigenous and Queer Brothers and Sisters have suffered while we sat back and did nothing. If our youth are ready for this conversation, isn’t it time that our school faculties, administrators and community members take up the charge to make it happen?
Sincerely, Danielle Rosa Cruz, Teacher, Mama, Administrator @ SLV/SV Coalition Against Racism 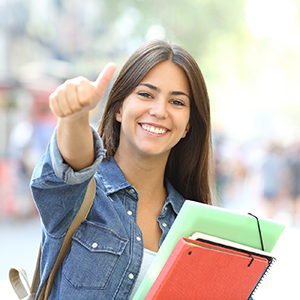 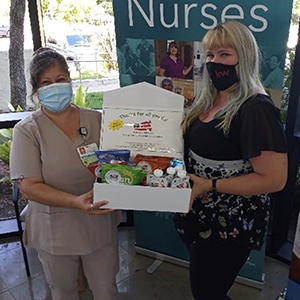