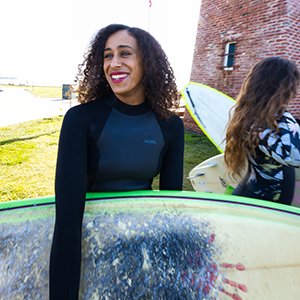 Tell us about an intense or fun surfing memory

The most special surfing experience I’ve had in recent times was getting to shoot in the water up North with none other than the legendary Sachi Cunningham for a film collaboration that Textured Waves did with Roxy for International Women’s Day this year. My friend Chelsea Woody asked me to be a part of that, and even though the waves were small, from the minute I rolled up into the parking lot at dawn on that crisp, clear winter morning and met all the women involved, I knew it was going to be magic. We talked about style and learning new languages and traded waves seamlessly, and other people in the lineup were friendly. The cherry on top was Sachi pulling us out of the lineup and into the channel to play in the kelp and shoot footage of us basically pretending to be kelp monsters. Magic.

What is your occupation

Do you have any significant community involvement?

Prior to having kids, I served as a Core Volunteer for the Santa Cruz Chapter of the Surfrider Foundation for many years.

In 2017, a few friends and I dreamt up and organized a small community gathering in support of the NoDAPL Water Protectors, which ended up generating considerable funds through the Lakota People’s Law Project (connected to the Romero Institute here in town) to support legal funds for Water Protectors facing legal issues related to their time at Standing Rock.

I have a vested interest in creating genuinely safe, healing and prayer spaces for BIPOC women locally that are respectful and supportive of our culturally specific sacred traditions and protocols. I believe our reconnection with these ceremonies is a big factor in mitigating larger environmental concerns, so that’s the current direction I’m moving in with my community work.

I used to visit my dad every other weekend since my parents were divorced and we’d often make the trek into Santa Cruz County together so he could windsurf up North. He was a very faithful Muslim who grew up in Egypt, and who never questioned my desire to surf. He helped facilitate my surfing by offering to transport me from Milpitas to Santa Cruz along with the old, water-logged longboard I bought off a co-worker in high school. He offered to join me in the lineup on a boogie board the very first time I paddled out, at Cowells, which is pretty comical considering how soft the wave was (and usually is) there. Oh—and he also suited me up in his baggy old German long john wetsuit and jacket (the kind that is in vogue now but definitely wasn’t in the late 90’s!). It had what looked like red shag carpeting on the inside. That was the only time he joined me in the water, but some of my favorite memories with him (especially now that he’s gone) are of eating falafel sandwiches together on Mission St. after a day where we’d trade off water time: me getting baby waves in town or up the coast, and him rigging up his equipment when the winds picked up!

What is your most memorable surf moment with your kids?

I usually surf to give myself much needed space from my kids (healthy parents = healthy kids = healthy families!), but I try to get us all down to the beach whenever our work and school schedules permit. I have the approach more of offering them opportunities and bringing equipment down and letting them lead the way with their interest because I found out pretty early on that they do things when they are ready and feel comfortable. My 7 year old is just starting to practice paddling alone and standing up on a foam board, but has been bellying-in on the inflatable surf mat since she was about 3.

What are some challenges of surfing related to motherhood?

Even among the most “progressive” people and communities, there is an unspoken expectation that women should be bearing the brunt of (unpaid and undervalued) domestic labor and childcare. It’s encoded in our rhetoric and actions. That, of course, poses real barriers to time and energy for mothers to exercise or play, and results in the feeling that if you’re going to make playtime happen for yourself, you have to steal it—either from yourself, or usually, from other women (and to be fair, sometimes from non-female partners). Another side-effect is that it can also discourage mothers from enjoying the leisure and recreation all humans need and deserve; while most of my community acts supportive of my needs to get in the ocean, there are definitely people in my life who suggest that I’m “not being a good mother” if I’m enjoying myself—even if I never stop being responsible to my family and kids and career! 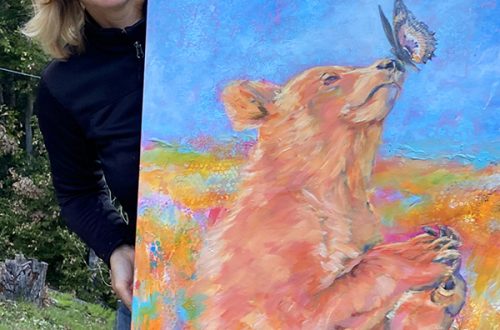 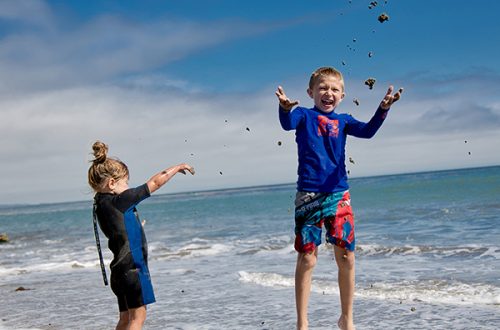 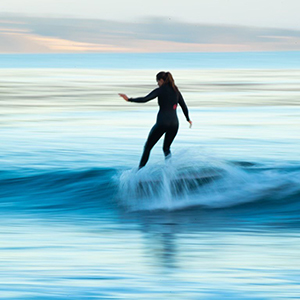