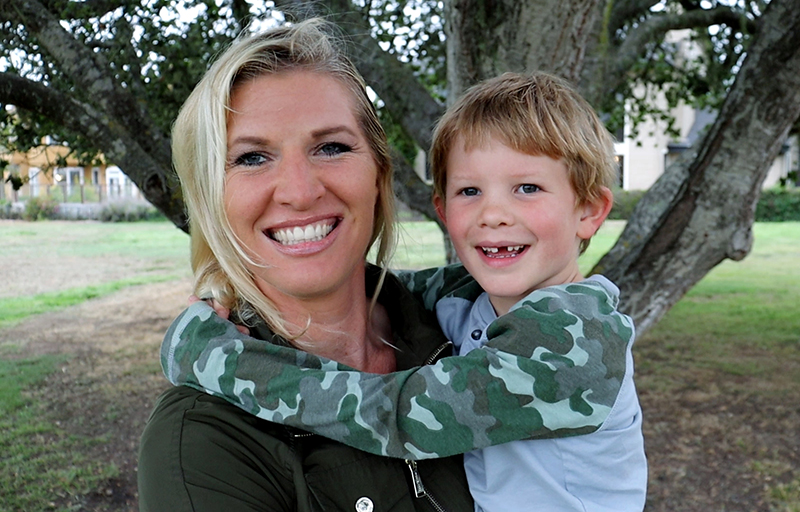 Local mom and well-known broadcast reporter, Amy Larson, sat at a roundtable discussion with a group of journalism students at Cabrillo College early December as they picked her brain regarding her colorful journalism career and the paths that she’d taken to get to where she is.

“I guess I was 21 years old when I began my career,” said Larson, who is now 38. Larson started working at Watsonville’s Register-Pajaronian newspaper after graduating from Occidental College in L.A. with a degree in Diplomacy and World Affairs. “I took the job and ran with it,” she said.

After one year of loving chasing stories, Larson decided to study journalism, so she got a master’s degree from the Columbia University Graduate School of Journalism before snatching a job working on the website at Newsday in Long Island.

After three years at Newsday, Larson decided she missed the California weather and so she moved back. “I got lucky again because KSBW was looking to hire a digital media manager. At that point, I was covering my own stories.”

After seven years with KSBW, Larson caught the attention of KRON-4 in San Francisco, where she currently covers big city stories, as well as news from throughout the Bay Area and Santa Cruz.. “I am Channel 4’s first ever digital reporter; that job didn’t exist prior,” said Larson, who’s been at the station for three years now. “My favorite beat is court reporting. I just finished covering the Elizabeth Holmes trial.”

Despite becoming an outstanding journalist, Larson says that it was never her grand vision. “Actually, I wanted to be an FBI agent. As a kid growing up, I used to love The X-Files. I wanted to be just like agent Scully.”

While not in law enforcement, she certainly works with them. “Sometimes I learn things before the police do,” she said. “KRON broke the story when those two planes in Watsonville collided in the air because I’m friends with a CHP officer.”

When asked by one of the students about her level of correspondence with police agencies as a female reporter, Larson replied, “Cops can be slimy with women reporters. There are a lot of good ones, but also a lot of slimeballs.”

Larson certainly has grit. Not only is she a top reporter, she’s also the single mother of a 7-year-old. “Being a mom is draining energy-wise, but I love it,” she said. “My son, Logan, adds so much more balance to my life. I used to be obsessed with my job, working seven days per week; I didn’t have a life outside of it. After a while you get burned out. Becoming a mother was harder than getting an Ivy League master’s degree.”

Larson says that she’s gotten much better at setting boundaries for herself. “I’m totally fine with saying no to things now,” she said. “I give credit to Channel 4 because they do a really great job of treating their journalists well.”

A day at work for Larson might look like reporting on a story, shooting the video, editing the video, feeding that back to the newsroom and then writing the web story. “The unique thing about my job as a digital reporter, is that I do all of it whereas other reporters go out with a cameraman and a guard,” said Larson. “I write lengthy pieces, so I construct my pieces both for TV and for print. That, and then trying to get additional elements for social media. Because I do so many things on my own, it gives me a lot of options career-wise.”
One story that caught the attention of nationwide news stations that Larson shared with the class, was her cracking of the “Harbor Hooker” story. “In this case, it really paid off to go and talk to someone who no one else would talk to,” said Larson, who also thinks that’s one of the most important roles of a reporter; to get all perspectives and share voices who might not have been shared otherwise.

Alix Tichelman was the high-end prostitute who was invited on a Google executive’s yacht in the Santa Cruz Harbor for a heroin bender and the yacht owner was found dead of a fatal overdose. “Alix panicked, left the yacht and didn’t tell anyone,” said Larson. “She ended up only spending two years in jail for involuntary manslaughter because the DA office declined to file murder charges, and she was deported back to Canada where she was originally from.”

According to Larson, the SCPD had painted Tichelman as a “black widow super villain.” Larson found Tichelman on Facebook, messaged her about possibly getting Tichelman’s point-of-view, and actually heard back. “I really just wanted to report on her side of the story about what happened on the yacht that night,” said Larson. “First, she wanted me to call her so that we could get to know each other. She got off work at midnight, so I called her three times before she would talk to me.”

Larson got Tichelman to agree to an on-camera interview via Zoom. “We Zoomed the full interview with her telling her side of the story,” said Larson. That’s when it got wild.

“I had CNN calling me for the interview, and they wanted to do a live interview with me,” she said. “I was scheduled to go live on CNN and the producer called 10 minutes before I went on to tell me that Alix’s ex-boyfriend in Georgia had also died of a heroin overdose, so she was being charged with a second murder.”

A passionate reporter and equally as passionate defender-of-justice, Larson says that journalists need to remain accountable as well as hold others accountable. “In American society, journalists need to call out falsehoods,” she said. “At the end of the day, it’s just as important to be explicit about letting people know accurately what is true, and it’s equally as important to let them know what is not true.” 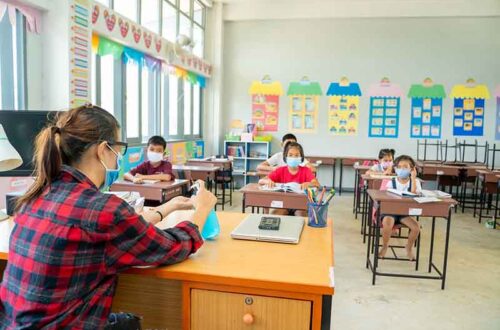 The Pandemic in the Classroom 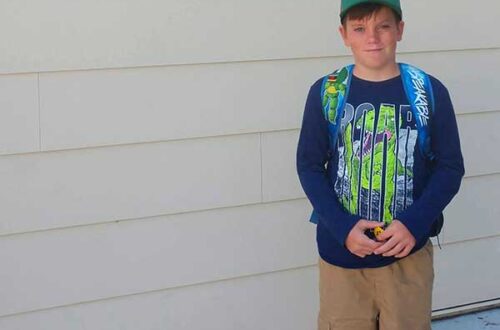 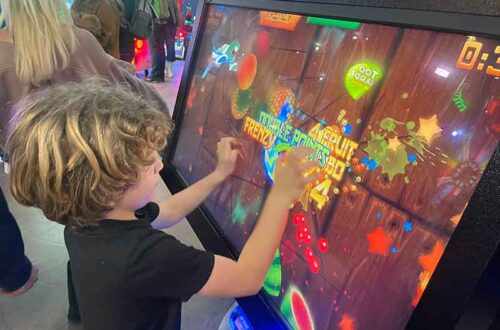