HERE’S HOW THEY CAN BUILD THEIR OWN. IT’S MORE FUN

Fortnite, Minecraft, Roblox, and Super Mario may all be titles that you’re familiar with, whether it’s kids, teens, or adults, the amount of people that these games have reached is baffling. Today you can’t go anywhere without seeing people doing one of the many popular dances from Fortnite. Everyone seems to be so hooked on so many of these games and many have enjoyed them so much that they’ve said to themselves, “I want to make a video game!” but where does someone even start?

My name is Ricky Chavez and I have been an avid gamer ever since I was given my first console, the Super Nintendo Entertainment System at a mere 3 years old. I was given two games, Super Mario World and the game that would get me hooked for life, Mega Man X. I would look forward to playing these every single day, doing anything my parents wanted just so I could maximize my play time. Since then I’ve owned nearly every console released since then, everything from the PlayStation 1 to the Nintendo Switch, and with that I’ve delved deeper and deeper into the game industry. I’m majoring in computer science and game design at Cabrillo College, streaming my game play five days a week to earn money from donations and constantly reading about all the news that’s happen- ing with video games. I’ve even created my own game for a class working with a small group of other students and taking lead and making sure the whole game worked on my own. My whole life truly is revolving around video games and even though it’s a lot of hard work, I honestly couldn’t be more happy.

Creating a game may seem like a huge challenge but it’s a lot easier than you may think! There are many resources available but where the best place to start? For a person of any age the best place to start to see how a game works at its core would be at https://code.org/minecraft where you can take their “hour of code” course. It uses Minecraft, the second best selling video game in the world as a way to make it more approachable. The course guides you through the basics of coding using Object Oriented Programming or OOP by having you change how certain tools, people, animals, and environments interact in a very simple but meaningful way. One of the things that really stood out to me about this particular lesson is that it shows you the way that objects in games interact with each other, such as a sheep and a player, and tells you what they should do when they inter- act and then letting you make them do whatever you want.

Once you have a little experience under your belt with that lesson you should be ready for a game that was designed to teach you how a computer thinks by having you solve puzzles using a cute robot who does exactly what you tell him to. This game is called Light-Bot. There’s a few places where you can play it my personal favorite being armorgames.com/play/2205/light-bot where the game was uploaded a very long time ago but due to its popularity now has its own website over at

http://lightbot.com/flash.html This game doesn’t guide you too much or too little. It’s a very good way to see if you can really understand how a computer follows commands and even delves into some more complicated features of programing such as functions, which are lists of commands that are given in the same order and loops which will do a certain command or commands over and over. It has also gotten a sequel called Light-Bot 2.0 for even more practice which can be found at armorgames.com/play/6061/light-bot-20

Once you’ve finished these other introductions, things do get a bit more complicated but still very accessible to all ages. You’ll want to start looking at some of the material at https://www.greenfoot.org where they have a simple game making program as well as several tutorials located at https://www.greenfoot.org/doc where you can learn more about programing and even start to make your own games. You can get the first six tutorials for free or purchase their book, “Introduction to Programming with Greenfoot” a resource that will guide you step by step on how to: move objects, detecting and removing objects, playing sounds, and even randomly moving enemies for your game, all in a way that can be applied any way you want it to be.

Starting out is the hardest part, but everything is so new and mysterious that it’s also the most fun. The way these materials are presented make it perfect for any age to start learning how to make a video game and teaching them important programming lessons at the same time that will help them later in life in our technology focused lives.

How Parks are Surviving the Off-Season: Always Amused November 2018 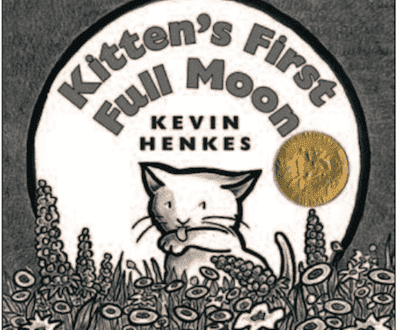 Your Letters and Thoughts: November 2018