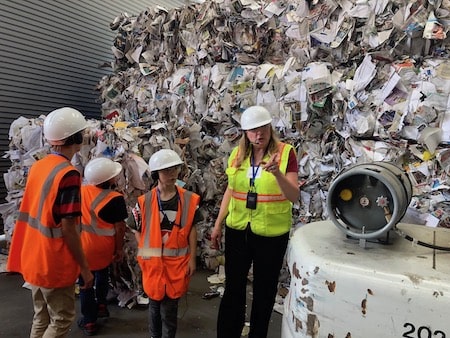 Is it Trash or Treasure?

Did you know Santa Cruzans place 30 to 50 tons of material in their blue recycle bins every day? It’s a staggering amount. I strive to recycle as much as possible to help our beautiful city and to reduce my

impact on the planet. However, after 25 years living in Santa Cruz and being a devoted recycling nut, I had grown complacent, thinking I pretty much knew it all. Recently, I learned from a local expert that I can do a better job at recycling.

Last month, I fulfilled a long-held goal of spending a “Day at the Dump.” Actually, it was just 90 minutes, and it wasn’t at the dump, (officially called a landfill). Instead, I joined a free public tour of the recycling center at the City of Santa Cruz Resource Recovery Facility, about three miles north of downtown Santa Cruz, off Highway 1 on Dimeo Lane. The facility houses both the landfill and the recycling center, (the tour does not include the landfill).

Leslie O’Malley, a Waste Reduction Program Manager with the City of Santa Cruz, educated and entertained about a dozen of us curious adults and kids about what happens to our recycling once it’s hauled away. I’d always wondered about the process and I finally got all my questions answered.

We started our tour in a small, makeshift classroom where Leslie launched a lively, show-and-tell presentation. One-by-one, she showed us an astonishing array of items that had been discarded, incorrectly, including stuffed animals in

excellent condition, metal cogs, dirty pizza boxes, soy milk and milk cartons, and even camp stove canisters that can and do explode if they still contain propane.

“Contaminants are the biggest cost of recycling,” Leslie explained and then showed a video of city workers who hand-sort a non-stop stream of items as they roll past on a conveyor belt on their way to a sorting machine. Plastic bags, in particular, said Leslie, can tangle the machines (and also fly loose at the facility) and that’s why it’s so important to bundle numerous bags within one bag before they are placed in the blue bins.

Wrapping up the classroom portion of our visit, we learned the term “wish-cycling,” the wistful belief that you can place almost any item in the recycle bin and that it will magically end up in the right place. Sadly, that’s not the case. She reminded us to check recycling guidelines posted in the public works sections of the city and county websites.

The kids on our tour were delighted as we donned hard hats, orange florescent vests, and headsets in order to hear Leslie over the noisy machinery. We launched the walking portion of our tour on a sunny afternoon, beneath the brilliant blue sky, with a fantastic panoramic view of the bay — I’d bet that it’s one of the most scenic landfills in the nation.

Guided by Leslie, we walked around towers of colorful, crushed cans and mountains

of bundled plastic bags. We saw a truck packed with mattresses. To me, the warehouse that contained the sorting machinery looked like a recycling museum. The kids were fascinated by the machinery, heavy equipment and clear narrative. Leslie pointed out a dozen vintage surfboards that had been thrown away and then put on display by the workers. On the sprawling grounds, the kids gawked at a bulldozer stationed next to piles of loose paper and cardboard.

I spotted various items that I would’ve liked to take home, including chairs, crates and bicycle odds and ends. However, no one is allowed to take anything home, much less rummage through any part of the area due to numerous hazards. However, select artists can apply to take some goodies through the Santa Cruz Recycled Art Program (SCRAP).

One topic that came up was whether recycling had become pretty much futile due to extensive national media coverage about China’s drastic reduction of the amount of recycling it accepts, impacting U.S. profits on recycling.

To learn more on this this subject, after the tour, I followed up with Gary Wilens, the Resource Recovery Supervisor in charge of the recycling processing in the City of Santa Cruz, who’s been with the city nearly 32 years — since the curbside recycling pickup program launched.

Gary confirmed that, yes, the change in China does impact Santa Cruz’s program. “We get a lot less money,” he said, noting that a peak year for Santa Cruz recycling generated $2.1 million dollars.

Despite the change in China’s purchasing, Gary said it’s critically important that local residents continue their recycling efforts and don’t slack off. In fact, it’s been a danger that people may be abandoning recycling due to the grim reports.

Another factor in the importance of local recycling is that the Santa Cruz landfill has limited capacity and therefore that space comes at a premium.

“We are not giving up and we don’t want the public to give up despite what we are hearing. The markets have always fluctuated and we hope the markets go up again.”

As for the tour with Leslie, it

ended on a positive note.

I was excited that Leslie mentioned the possibility of starting a thrift store; I am a true scavenger and it will raise money for the center. As we said goodbye, I walked away with a handy refuse, reuse and recycle sticker, a resolution to buy my groceries more selectively and best, of all, optimism that kids are growing up caring about recycling.

The City of Santa Cruz’s next free summer tours of its recycling center, the Resource Recovery Facility, at 605 Dimeo Lane, happen at 10 a.m. and 1 p.m. on August 22 and 23. Reservations are required. Visit https://www.eventbrite.com/d/ca–santa-cruz/santa-cruz-recycle-tour and contact Leslie O’Malley at [email protected] 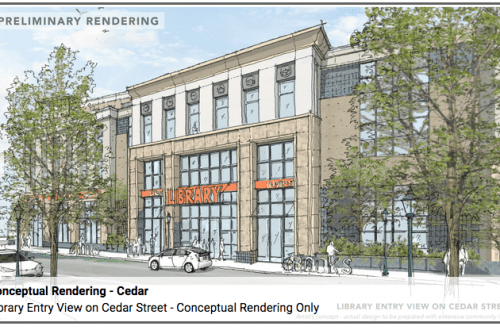 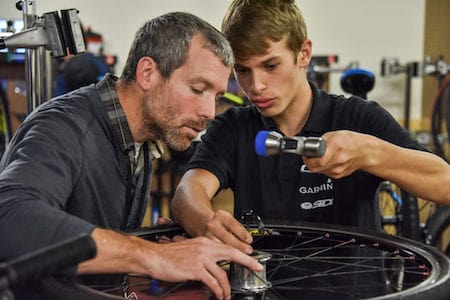 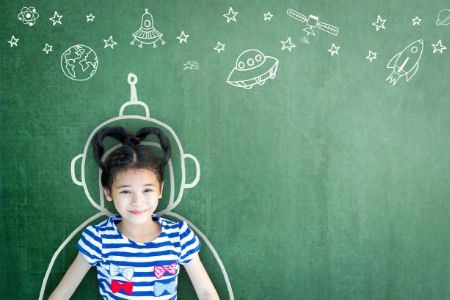