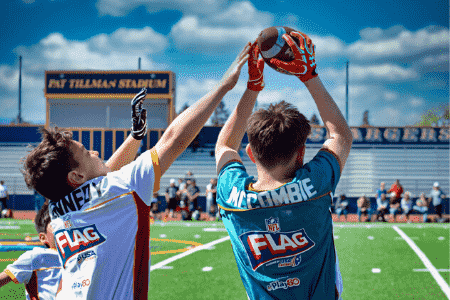 Gratitude, inspiration, purpose and family.  These are the characteristics that flag football has brought to the life of the Aptos resident Robert Foster.

Being born and raised in the San Jose area, life was not easy for Robert.  His parents were high school sweethearts and were only 17 years old when Robert’s mom got pregnant with Robert.

Being so young, Robert’s mom and dad tried and failed to make it work.  Robert’s dad moved to Texas and his mom ended up moving in with her mom and dad in the Bay Area.  Robert’s grandparents were basically like his mom and dad. They raised him and supported him and his mom until he was 5 years old.  At this point, his dad decided to move back to California and the three of them moved into their own place.

This ended up being some of the darkest times in Robert’s life.  From the ages of 5 – 13, Robert witnessed a lot of abuse from his dad.  Despite this abuse, his mom stayed with his dad.  When Robert was 9 1/2 years old, his mom gave birth to another boy.  Robert, his mom and his new brother all lived in constant fear of his dad and his never-ending abuse.  Three years later, his dad left his mom for another woman.  These years of witnessing abuse left Robert without a voice.  We’d walk around afraid to speak up or have the courage to be himself.

At the age of 10, his grandfather, who loved and took care of Robert like his own son, died of cancer.  Robert’s mom took it very hard and her unresolved grief from the loss began a spiral in her own life.  Robert had no real way to handle grief and anger took over him.  During this whole time, sports was a constant in Robert’s life.  Soccer was his true passion.  Sports was a way in which he could work out a lot of his anger.  Sports was the perfect escape from his broken family life.  Roberts anger and not knowing how to handle grief would eventually be the biggest turning-point in Robert’s life.

During high school, Robert rebelled.  His rebellious ways ended up having him be kicked out of school and unable to continue to play organized sports.  He was living his life with no direction, no purpose and found himself repeating the ways of his parents.  Despite having two wonderful boys of his own, he found himself in a marriage that wouldn’t last. He buried his dad at 47, his mom at 56 and then finally when his grandma passed away, he knew his life had to change.  The pain and grief had brought him to utter despair.

He looked at his faith and it allowed him to have the courage to look at himself and truly forgive himself.  He realized how short life was.  How we’re not guaranteed another day.  Robert got the courage to make the change.  He confronted his life straight on and decided to take control of his life and take care of his kids.

“I realized that we can find refuge even when it’s dark,” says Robert “I just started to unravel this “bundle” that had been handed to me.  A “bundle” of darkness that has been handed to me over the generations,”  Robert continues, “I’m not going to pass on this “bundle” anymore.  I’m going to unwrap it, I’m going to look at it and I’m not going to run from it.  I have courage now to work through it.  Because of my faith, I am now filled with forgiveness and gratitude.”

Robert has healed and has focused his love and energy on his boys.  When his oldest boy was 8 and his youngest was 4 1/2, Robert found a flag football league in San Jose.  He signed both of his boys into this league.  After a few seasons of his boys playing flag football, Robert discovered a few flaws in this league.  There was a lack of support for the parents, coaches and community.  It was a business that was not community based.

Robert had a strong background in coaching and started doing a lot of research on how to start his own league.  He talked to other parents and members in the community and quickly discovered that there was a need for an alternative league.  A league that was built around the community and that provides the support that parents, coaches and the kids need.  In 2010, his first league was started in San Jose.  Nor Cal Flag Football was born.  His goal was to create a flag football league for kids from the ages of preschool thru 8th grade to play, have fun and learn life lessons through teaching the FUNdamentals of the the game. It was to be an all inclusive league that included all members of the community regardless of sex, economic status, and background.  It was important that it didn’t require a big time commitment from the parents or kids.  Robert knew that parents do not have a lot of free time. So having practices and games on the same day would be extremely beneficial.

The league started growing.  It became apparent that life-lessons were being learned through flag football.  It was not only the kids that were learning these lessons, but their parents too.  Mothers and fathers soon were offering to help coach teams.  Because it was only one day a week, parents found it easier to become an assistant or head coach for their kids’ team.  It gave these parents an amazing opportunity to become more involved in their kids’ lives outside of the home.  For Robert and the league, it was of the utmost importance to provide these parents with the support that they need from him.  Every parent and coach has Robert’s direct number and he’s available to them any time they need it.

The league now runs year around.  They offer a fall, winter and spring session.  Each session is eight weeks.  They have been running the San Jose league for about 10 years and last year started the Santa Cruz league.  This year they are merging with another flag football league in Watsonville.  Several years ago, Robert quit his day job so he could focus on the league full time.  Not only that, but his oldest son is not only his partner, but also runs the San Jose league while Robert focuses on the Santa Cruz league.  Running this league has been Robert’s passion and joy.

Despite the rocky start that Robert had early on in his life, he has become a beacon for passion, support and joy for his community.

If you want to get more info on Nor Cal Flag Football, go to nflcal.org. 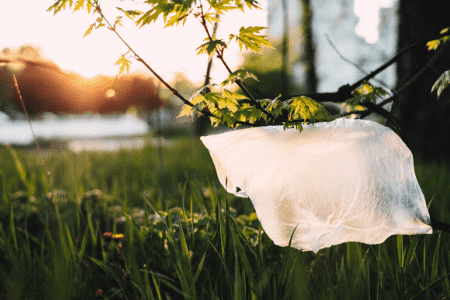 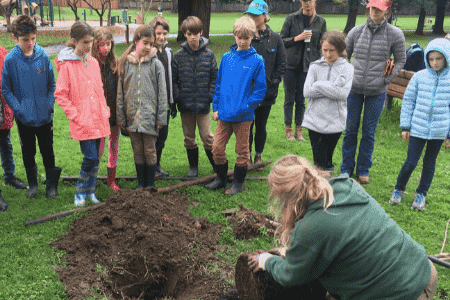 One Tree at a Time: Green Family Living February 2020 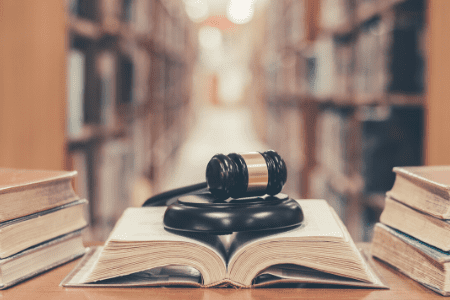