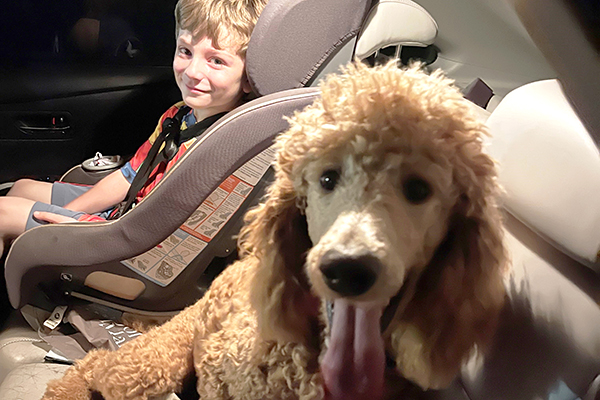 Talk about traumatic.
My dog, a 7-month-old standard poodle, ran away for nine hours and I must have walked and driven 20 miles looking for her.

It was my fault, as my 5-year-old boy reminded me. I had her on a field and I looked down to answer a text. Next thing, she had run off somewhere around Aptos. I couldn’t believe she could disappear so quickly.

After three hours of searching, I got on the internet and put out a call for help on NextDoor. For a while, nothing came back and at noon, while Parker and I were searching, we heard the howls of a pack of coyotes in the nature reserve. I had already once seen a coyote try to lure her and another dog into playing over there one evening in front of a group of us and we saw the lone coyote had a pack waiting nearby.

When we heard the howls, I thought they had captured my dog, Kyra. I went back there and saw one giant coyote who had no fear and came remarkably close to me, but not my dog.

About seven hours into the search I met up with a party of people on top of a hill watching the sunset above Rio Del Mar Elementary School and gave them a description and my number, but nothing.

Then, at almost 6 p.m., as it was getting dark and we pulled into the driveway to take a break, I got a call. She was spotted by a friend of a friend in the group, heading toward Seascape on a trail. We rushed that way and met a guy on the street who said he hadn’t seen her. But when we drove by a second time, he flagged us down and said he might have, but it could have been a deer or coyote walking down the middle of the street.

We raced over to the direction he pointed and stopped at Rio school. There she was, sitting on the steps, waiting for us. Parker cried tears of joy. I was just in shock.

During our search, a guy told me about a tracker made by Apple, the Air Tag. I didn’t even know such a thing existed but have since bought several. I’ve got one on my bike, one on the dog and one slipped into my son’s backpack. I’m also giving them to the people who are important to me for their keychains or animals.

You may want to make picking one up your New Year’s resolution. I’m surprised that Apple with its fancy marketing department hasn’t made them better known, but it’s one product that has changed my life. I hope this advice helps yours.
That’s what this magazine is about, passing on tips for families to make their lives better. Please drop us your suggestions at [email protected]. 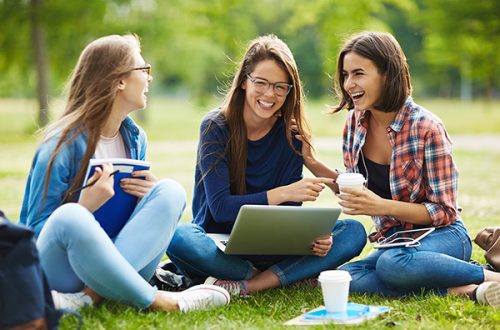 Self Esteem in Teens 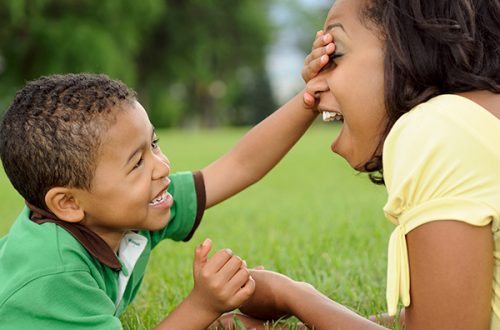 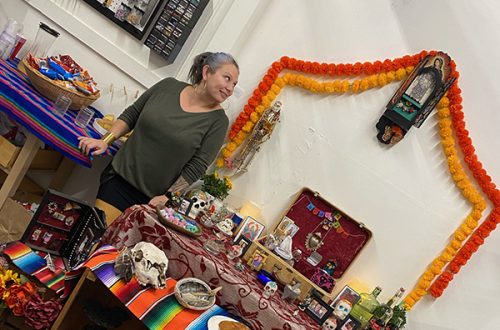