From the NFL to Soquel

In Soquel Knights Head Coach Dwight Lowery’s office, two things may give a clue to his approach to coaching, after nine years playing safety in the National Football League. An Xbox, and a dry erase board bearing the names of 20 players ineligible to play.

It’s a carrot and stick approach. There are consequences to not keeping up with grades, but, there’s also a place to relax, to laugh, and to learn about life and football.

For Lowery, coming back to Soquel was his way of using what he knows, football and training, to give back to the community where he grew up. It also keeps him in football. But he knows, even after nine years in professional football, that he has a lot to learn.

“That’s the part I’m learning,” Lowery said about how he manages player eligibility. “They need to be accountable, and we need to get to the point when they’re not on that board.”

If Lowery wasn’t coming home to coach his alma mater, he doubts he would be a head football coach. Lowery is also a personal trainer and given his athletic career, credentials, and the tangible evidence of his physique, he’s as qualified as anyone. Teams become champions in the offseason, and Lowery will have his players in the gym hitting the weights.

“I’ve had friends in the pros who go into business or foundations, and I always wanted to get in that world, but I was always an athlete at heart,” Lowery said. “With this situation it allowed me to stay in football and at the same time sharing the knowledge of playing, traveling, meeting people and being part of organizations. I felt like I got so many lessons as a young adolescent and young adult being in this community it only made sense to come back and contribute.”

Lowery was a multi-position and multi-sport stud during his time at Soquel High. He played defensive back, running back, returned kicks and punts, and was a three year start on the basketball team. His college career began nearby, at Cabrillo College in 2004, where Lowery picked off 13 passes in two years. From Cabrillo, he played cornerback at San Jose State, earning back-to-back All American awards. In 2008 the Jets selected him in the fourth round of the NFL Draft.

Lowery has many coaches from who to get lessons. He remembers former Jets head coach Rex Ryan for his energy and how he made football fun; Eric Mangini as a no-nonsense tactician, Colts head coach Chuck Pagano for his passion and love of the game, and Chargers head coach for his discipline. Like his life in football, coaching inspiration comes back to where it started, with Athletic Director and Soquel Head Basketball Coach Stu Walters, Watsonville High Head Coach Ron Myers, and his former middle-school basketball coach Mark Marengo.

“I really came here thinking I would play basketball,” Lowery said. “That hadn’t shifted until Ron got here and implanted his program. It felt like we were building something, and it felt special to be part of something like that. It was a special feeling to be part of something like that and to see where it went after he was here for awhile, to see them compete for CCS championships not long after.”

Listed at 5 feet 11 inches, 210 pounds on NFL.com, Lowery shows that he’s not far removed from the field as he demonstrates a proper stance. He’s thick in the right places with not an ounce of unwanted fat. He has the quick, powerful, fast muscle twitch that led to 17 interceptions, eight forced fumbles, three defensive touchdowns and almost 400 tackles in his pro career.

He is, by far, the most athletic man on the field. The idea of Lowery suiting up to play would be similar to asserting a maxed out player in Madden Football on Xbox, against the league’s perennial doormats. If by some quirk of high school eligibility Lowery put on pads and return to the field at Soquel, the video game-like stats he could accumulate would be mindboggling.

Lowery takes over for head coach Brad Tompkins after a 4-6 season, where the team’s defense surrendered 168 points in their final four games, all losses.

Since his days as a player at Soquel, athletes have changed. To Lowery, athletes don’t take sports as seriously as they used to.

“I think kids still love to play, and they like the idea, but I don’t know if they understand what kind of privilege it is to play,” Lowery said. “You need to put time and effort into it, and if you don’t, you’re going to get dominated. It’s a game, but you need to be committed to playing. You need to take coaching and negative reinforcement and understand through these experiences you will grow as a player. That’s what football is all about.”

Football itself is changing. Players are bigger and faster than ever, and coaches, players, and parents, are increasingly concerned about concussions. According to the CCS, 11-player football is still the leader in total athletes, 97,079. In 2017, that number decreased by 3.12 percent according to a story in the Register-Pajaronian.

“It’s a physical game, and the bigger and faster players are there when you play,” Lowery said. “What I feel is lacking is a failure to learn the fundamentals. I don’t think kids should play tackle football until they get to high school. We can use flag football to teach the basic concepts of football so the players can understand the nuances of the game, like not using your helmet as a weapon. Sure you can get hurt, but something can happen anytime you walk outside.”

In addition to being a coach, Lowery is a husband and father. With wife Ashley, and children Amani, 5, and Giavanna, 1, Lowery is happy to be back home. He’s seen a fair amount of the country as a player, and to him, Santa Cruz is a unique place to raise kids.

“Other places seem more rigid than Santa Cruz,” Lowery said. “Being from Santa Cruz, it was a culture shock. The South is interesting, to say the least. The segregation is obvious. In Indiana, you have the white picket fences. I think Santa Cruz allows for more individually than in other parts of the country.”

This fall, the roars from the crowd under the Friday night lights won’t be as loud as they are on Sundays in the NFL. This year he’ll be a coach, and while Lowery won’t be a player on Sundays, he’ll always be a fan.

“I’m not one of those guys who say they’re not going to watch,” Lowery said. “I’ve always been a fan, and the game has changed my life so much. It would be silly for me not to enjoy it.” 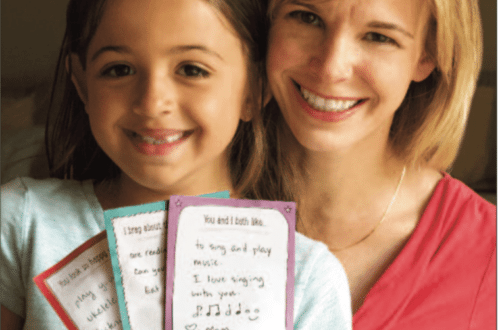 Let Your Children Know You Love Them Every Day at Lunch 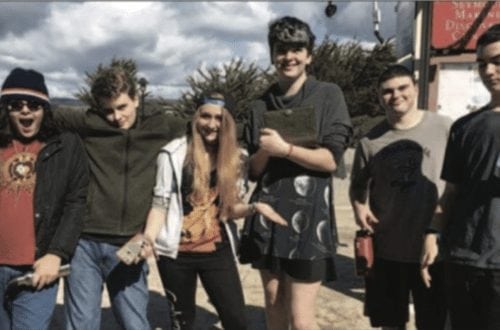 The Little School that Could Explore 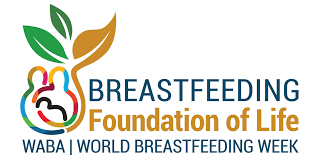