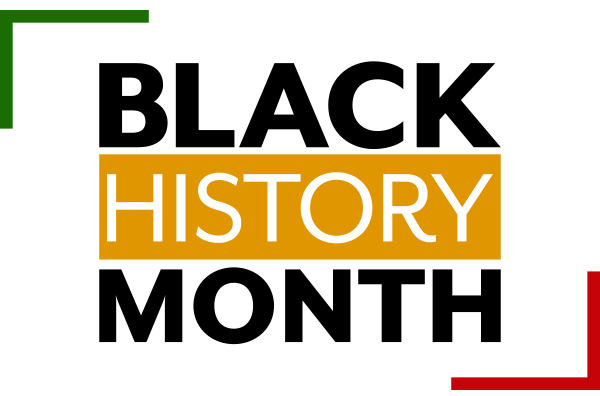 Other Resources & Ideas to Celebrate Black History Month
“To Know My Name: A Chronological History of African Americans in Santa Cruz County,” by Phil Reader and available online for free from the Santa Cruz Public Library (history.santacruzpl.org/omeka/files/original/1612eddc50044cc672a5c7c756332b60.pdf)
NationalToday.com/black-history-month
BlackLivesMatter.com

According to the United States Census Bureau, what is now officially National African American History Month (often referred to as Black History Month), didn’t originate as a month but rather a week. “American historian Carter G. Woodson established Black History Week (then called ‘Negro History Week’) nearly a century ago, [with] the event first celebrated during the second week of February 1926, selected because it coincides with the birthdays of both Abraham Lincoln (February 12) and abolitionist/writer Frederick Douglass (February 14),” wrote “National African American (Black) History Month: February 2021” on January 7, 2021. “That week would continue to be set aside for the event until 1976 when, as part of the nation’s bicentennial, it was expanded to a month.”

From a week to a month to an entire civil rights movement in 2020 spurred on by historical systematic racism exposed in a number of ways, it’s no easy undertaking to represent this year’s Black History Month as best as possible despite the ongoing pandemic. And while locally there has been a major drop-off in Black History Month events compared to the past couple of years, the Santa Cruz Museum of Art and History will keep its community exhibit call, “MLK Day Justice Journal,” open through February 19.

“This year, we invite you to share [your] dreams with the rest of Santa Cruz County by adding a page into a community journal,” writes SantaCruzMAH.org. “At the end of February, all the submissions will be compiled and pieced together. The completed journal will be displayed the week of March 1st, 2021 as a close to Black History Month and continuation of a Black future.” Please visit santacruzmah.org/events/justice-journal-final for more information on how to get involved.

Historically, this month would be celebrated with an array of in-person events, festivals, parades, and discussions that have migrated virtual this year as a result of COVID-19. Although the month will look different this year, it is still brimming full of ideas and virtual platforms to commemorate Black History Month in 2021. Check out the robust calendar of digital events, as well as reading, listening, and viewing programs to occupy SIP orders while still paying respect to a month that represents the vitality and diversity of our nation.

February 1, 6, 7, 10, 20, 24 and 28
(times vary) – The Association for the Study of African American Life and History (ASALH) is celebrating its 95th annual Black History Month with the theme “The Black Family: Representation, Identity, and Diversity.” Please visit asalh.org/festival for more information and to register for the festival.

February 1, 8, 15 and 22 at 6 pm
The Seattle Koyasan Buddhist Temple presents “Mandala Symphony Series for Black Lives Matter.” The event is free and available on Eventbrite.

February 3 at 10:30 am
The Haldane Society of Socialist Lawyers is hosting “Race, Class and Black Internationalism,” which will include an interview of veteran anti-racist activist, Leila Hassan Howe by BLAM and BPLS founder, Ife Thompson. The event is free and available on Eventbrite.

February 4 at 3 pm
The H. Fred Simons African American Cultural Center’s 50th anniversary opening ceremony to Black History Month kicks off with Patrisse Cullors, Co-Founder of the Black Lives Matter Global Network and the Founder of the Los Angeles-based Dignity and Power Now. The event is free and available on Eventbrite.

February 5 at 4 pm
The fourth annual Black Lives Matter RVA Art Show will hold its gallery opening virtually, hosted by Daphne Maxwell Reid and the participating artists. The event is free and available on Eventbrite.

February 10 at 7 am
Read & Resist is offering its fifth session, “Black Lives Matter: Abolition Now!” for free on Eventbrite.

February 12 at 6 pm
The CIIS Public Programs presents the virtual event, “Adrienne Maree Brown on Pleasure Activism: A Live Online Conversation.” Brown is an author, Black feminist, and social justice activist. The event is free and available on Eventbrite.

February 17 at 6 pm
Kenny A. Burrell is hosting the monthly virtual series event, “I’m Talking to White People: Your Role in the Fight for Justice,” for a $50 fee.

February 20 at 11 am
The Rho Epsilon Omega Chapter is presenting “Between the World and Me” online discussion about ‘the talk’, Black culture and dual consciousness. The event is free and available on Eventbrite.

February 23 at 3 pm
Diversity Best Practices is offering their 2021 Black History Month virtually this year. Visit diversitybestpractices.com/2021-black-history-month-virtual-event for more information and to register.

February 26 – 28 at 9 am
The Student Club at Harvard Business School presents its 48th Annual H. Naylor Fitzhugh Conference Weekend, “ELEVATE: Uplifting Black Leadership for an Equitable Future.” The event is free and available on Eventbrite.

February 27 at 4 pm
Stand Up To Racism will hold the virtual event, “Fighting for anti-racist workplaces – Stand Up To Racism & TUC conference” with a suggested donation up to $15. Event is available on Eventbrite.

Daughters of the Dust
Release date: December 27, 1991 (USA)
Director: Julie Dash
At the dawn of the 20th century, a family in the Gullah community of coastal South Carolina — former West African slaves who adopted many of their ancestors’ Yoruba traditions — suffers a generational split. Young Haagar (Kaycee Moore) wants to move to the mainland away from tradition-bound matriarch Nana (Cora Lee Day). Former prostitute Yellow Mary (Barbara-O) gets a cold shoulder when she returns to the island with her female lover, especially from her sister Viola (Cheryl Lynn Bruce).

Fruitvale Station
Release date: July 12, 2013 (USA)
Director: Ryan Coogler
Though he once spent time in San Quentin, 22-year-old black man Oscar Grant (Michael B. Jordan) is now trying hard to live a clean life and support his girlfriend (Melonie Diaz) and young daughter (Ariana Neal). Flashbacks reveal the last day in Oscar’s life, in which he accompanied his family and friends to San Francisco to watch fireworks on New Year’s Eve, and, on the way back home, became swept up in an altercation with police that ended in tragedy. Based on a true story.

Girl’s Trip
Release date: July 21, 2017 (USA)
Director: Malcolm D. Lee
Release date: March 20, 1987 (USA)
Director: Robert Townsend
Four best friends, known as the Flossy Posse, have grown apart over the years. Yet when one of the friends is offered an opportunity to be a keynote speaker at the Essence Music Festival in New Orleans, she decides to bring along her friends to turn her work vacation into a girl’s trip. Along the way, they rekindle their wild side by dancing, drinking, brawling and romancing to excess.

Hollywood Shuffle
Release date: March 20, 1987 (USA)
Director: Robert Townsend
Aspiring actor and hot-dog stand employee Bobby Taylor (Robert Townsend) catches the ire of his grandmother (Helen Martin) for auditioning for a role in the regrettably titled exploitation film “Jivetime Jimmy’s Revenge.” When Tinseltown Studios casts Taylor in the title role, he has a series of conflicted dreams satirizing African-American stereotypes in Hollywood, and must reconcile his career goals with his desire to remain a positive role model for his little brother (Craigus R. Johnson).

Mo’ Betta Blues
Release date: August 3, 1990 (USA)
Director: Spike Lee
Financially irresponsible Giant (Spike Lee) manages a jazz group, but his sax player, Shadow (Wesley Snipes), wants to replace him with a better businessman. Bleak (Denzel Washington), the band’s trumpeter, then tries to defend his close pal Giant, leading to a power struggle between the two musicians. Meanwhile, as Bleak tries to straighten things out with his band mates and manager, he also must choose to be with either sweet teacher Indigo (Joie Lee) or sultry singer Clarke (Cynda Williams).

Pariah
Release date: December 28, 2011 (USA)
Director: Dee Rees
Teenage Alike (Adepero Oduye) lives in Brooklyn’s Fort Greene neighborhood with her parents (Charles Parnell, Kim Wayans) and younger sister (Sahra Mellesse). A lesbian, Alike quietly embraces her identity and is looking for her first lover, but she wonders how much she can truly confide in her family, especially with her parents’ marriage already strained. When Alike’s mother presses her to befriend a colleague’s daughter (Aasha Davis), Alike finds the gal to be a pleasant companion.

Sorry To Bother You
Initial release: December 13, 2018 (Brazil)
Director: Boots Riley
In an alternate reality of present-day Oakland, Calif., telemarketer Cassius Green finds himself in a macabre universe after he discovers a magical key that leads to material glory. As Green’s career begins to take off, his friends and co-workers organize a protest against corporate oppression. Cassius soon falls under the spell of Steve Lift, a cocaine-snorting CEO who offers him a salary beyond his wildest dreams.

Waiting To Exhale
Release date: December 22, 1995 (USA)
Director: Forest Whitaker
Story by: Terry McMillan
Navigating through careers, family and romance, four friends bond over the shortcomings in their love lives — namely, the scarcity of good men. Both as the “other woman,” Savannah (Whitney Houston) and Robin (Lela Rochon) carry on relationships with married men, each believing their lovers will leave their wives for them. On the flip side, Bernadine (Angela Bassett) ends up alone when her husband divorces her for his mistress. Meanwhile, Gloria (Loretta Devine) finds love with a new neighbor.

Widows
Release date: November 16, 2018 (USA)
Director: Steve McQueen
Based on: Widows; by Lynda La Plante
A police shootout leaves four thieves dead during an explosive armed robbery attempt in Chicago. Their widows — Veronica, Linda, Alice and Belle — have nothing in common except a debt left behind by their spouses’ criminal activities. Hoping to forge a future on their own terms, Veronica joins forces with the other three women to pull off a heist that her husband was planning.

10 Playlists to Listen To
Speeches & Streaming Platforms About Black Culture 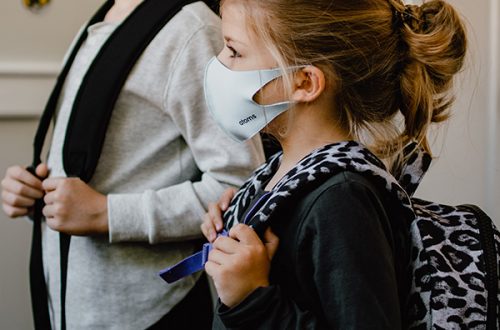 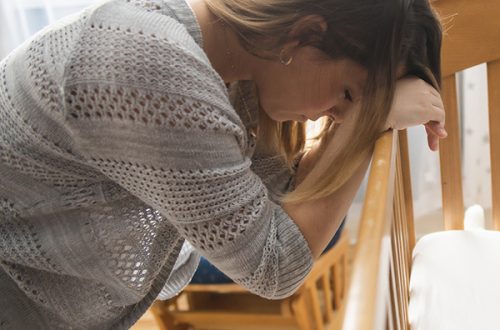