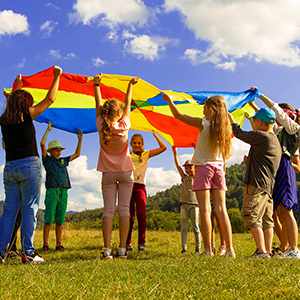 Yes Virginia, There will be Camps!

As things open back up and promise for better days, summer camp facilities and institutions are scrambling to reopen safely after one year of silence or minimalism for most of them.

As things open back up and promise for better days, summer camp facilities and institutions are scrambling to reopen safely after one year of silence or minimalism for most of them.

“UCSC canceled everything last spring, and we tried to wait as long as we could, but since we’re dictated by the university, we had to follow suit,” commented Rusty Kingon, boating supervisor at UCSC Community Boating Center. “We’ve opened up mid-March after being closed for one year.”

Director and owner of Four Points Youth Camp, Kasey Lindemann, had the misfortune of forecasting the launch of her new summer camp programs during summer of 2020. “Four Points is a brand new day camp and this will be our first year of operation. We were supposed to open last year but I cancelled because of the pandemic,” confirmed Lindemann. “I did end up changing a lot of the program to allow for social distancing.”

“Cougar Swim School is hopeful and currently planning to have summer camps and swimming lessons this summer,” said Kurt Edwards, owner and instructor at Cougar Swim School. “The pool on the San Lorenzo Valley High School Campus has been under renovations and should be finished in April. Once everything is completed, the school district will determine when the pool will be reopened and what types of programs will be offered.

“I realize that progress is being made and restrictions are being relaxed, but safety and health is foremost in the District’s mind as well as Cougar Swim School’s,” said Edwards.

Another organization coming out of hibernation is the Santa Cruz SPCA. “We did not do a live camp last year, but we did a virtual 6-week camp,” said Brenna Ewing, manager of humane education and volunteer programs at the Santa Cruz SPCA. “It went well, but we can’t wait to get back in-person.”

These institutions will be opening their doors, one for the first time and the other three for the first time, in-person, for one year. All of them agree that implementing the hopefully-by-summer lessened County restrictions is prudent, and they will be adjusting programming accordingly.

“We have a community room in our new shelter that is big enough to safely social distance,” said Ewing, who referenced constant enforcement of sanitizing protocols, pre- and during the pandemic, as well as newly individualized kits for students, masks, temperature checks, and a waiver, to name a few. “Will be working with the animals, who are super low risk. We haven’t had an animal with COVID this whole year and we’re confident the risk isn’t viable; however, we’re maintaining our already stringent hand washing and sanitizing.”

“We have many guidelines in place to keep our campers and staff safe this summer,” added Lindemann. She mentioned consistent mask wearing, social distancing, temperature checks, stringent equipment sanitization, and hand washing as a few of the required protocols her camp will follow. “Being outdoors adds another layer of protection against COVID-19,” she said of holding the summer camps at Orchard School in Aptos

Kingon, from the 30-year-old UCSC Community Boating program, mentioned that their team submitted a blueprint for reopening that included person and equipment sanitizing, masking, and distancing for the parents, students, and community. “We’ll be socially distanced, wearing masks – even on the boats, but not during capsizing drills – implementing strict cleaning policies, and putting hand sanitizers everywhere,” confirmed Kingon. “We’ll probably have people stick together on a sailing pod to try and limit a lot of the cross-over contact.” More information, including available scholarships to families in need, is available at Recreation.ucsc.edu/boating/index.html (please note that you may need to contact staff directly to access the scholarship).

Then there are the other organizations that have been in operation at some capacity during the pandemic but may be reopening to more students and/or more opportunities.

“We are offering a swim team, water aerobics three times per week,private, and semi-private classes beginning April 5,” said Donna Smith, manager of SLV Swim Center. “We’re hoping to add group lessons in June.”
Smith added that, because her facility is smaller, she was able to accommodate less people during the pandemic. “We are a smaller facility and COVID-19 rules were not hard to implement,” said Smith. “Our instructors wear a clear mask in the pool, practice social distancing, and require masks to be worn outside of pool.”
Be Natural Music is hoping to extend its camp.

“We’ll be offering summer camps the second half of June and possibly another one in July,” said Matt Pinck, the music director at Be Natural Music. “Beginning last June, we got everybody in person by taking their temperature, mandating masks, putting shields between everybody, spreading out band so nobody was within six feet of one another, putting a Hepa filter in every room, wiping things down, etc.,” confirmed Pinck. “We’ve had zero incidents since opening up, so we’re pretty stoked. We’ll be implementing the same procedures for summer camps.”

The Santa Cruz Natural History Museum will be jumping on the summer camp bandwagon again this year with their campers spending most of their time outdoors, but also benefiting with exclusive access to the Museum. “Last year, we were nervous about camp at first, but the kids are amazing, and I have been blown away by their resilience and flexibility,” said executive director, Felicia Van Stolk. “I especially love hearing little ones learning how to be gracious, to articulate their own boundaries, and to respect each other’s boundaries in such beautiful ways.”
The Museum will be opening for members on April 10 and is hoping that its upcoming one-week spring camp will be a good preview for their summer camp.

Even though some organizations don’t know when they’ll post information on their summer camp offerings, most institutions remain hopeful that they will have summer camp success. Not to mention the increasing demand from local parents and restless children, especially for camps as popular as the Santa Cruz Junior Lifeguards. “We are offering four, two-week sessions starting on June 14,” confirmed Daniel Lawson-Thomas, Recreation Supervisor of Sports & Beaches for the City of Santa Cruz.

“We don’t have our summer camps outlined yet because we’re really focusing on our swim lessons right now and they’re taking up a lot of time,” said Emily Zimmel, owner and operator at Adventure Sports. “In the past we’ve done scuba camps for eight through ten-year-olds, and a snorkel camp for five through eight-year-olds. I’d also like to see our beach camp happen this year as well.”

Zimmel mentioned that the beach camp offering was new and pitched to her by a former Junior Guard, although they’re not certain it will get off the ground this year.
All of these institutions are toiling away behind the scenes and eager to welcome campers back into their spaces with safety and precaution on the mind. “It’s going to be a work in progress, and we’ll have to modify as we go along,” said Kingon of UCSC Community Boating Center, “but after taking last year off, we’re ready to go.”
Kids and parents need a break, camp owners said.

“I’ve had several parents say many times, ‘Thank you so much for staying in business because it was the only form of normalcy that my kids had last year,’” said Pinck, Be Natural Music owner. “When we got to do in-person it became even more of a normality for them. We are lucky to be small enough to have been open during that time.”

Another Santa Cruz hopeful, the SPCA, says that they’ve really missed the kids and are thrilled to have them in the space again. “We like having kids in the space and they really help with the care of the animals by taking them out and giving them enrichment,” said manager of humane education and volunteer programs, Ewing. “It’s a win-win for them and the animals.”

v“The fresh air and space are good for [campers’] hearts and their health,” said Natural History Museum director, Van Stolk. “In the end, they make friends and set up playdates just like always – COVID is no match for camp friendship and bonding!” 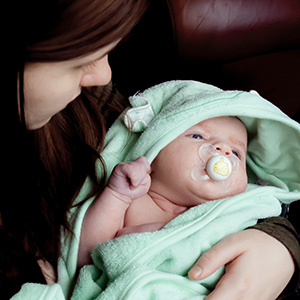 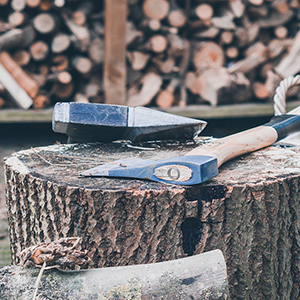 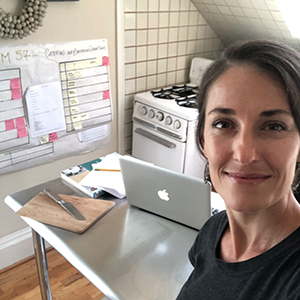