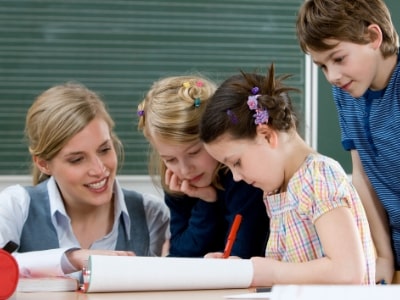 True teachers are those who use themselves as bridges over which they invite their students to cross; then, having facilitated their crossing, joyfully collapse, encouraging them to create their own.

I have a funny tradition in my

science class. Each year, when we get to organic chemistry, I introduce the topic in a half-hour long discussion.

For the last five minutes of class, I give the kids exactly sixty seconds to come up with a structure for the chemical C6H6. If a student can do it, they do not have to take the final.

In 11 years, I’ve had two students succeed at this ridiculous challenge. One was eight years ago, and the second was this week. I figure, if a student can comprehend that much organic chemistry in one lesson, they probably don’t need my final exam to cement their learning.

Luckily, success is so rare that the word has not gotten out; so far I’ve never had kids arrive at my doorstep secretly prepared. I suppose I will have to stop the tradition after this blog…

The funny thing about the lesson this week was that the class is ninth graders who skipped chemistry entirely in middle school in favor of an environmental contest. They did not know what an electron was until that moment, in any scientific way. The lesson began much farther back conceptually than it normally does. Despite this, not only did one student rise to the “impossible” challenge I posed, but most of the class also scared me by coming dangerously close.

Floored, I spent some time reflecting on what makes a lesson really work for kids. What was different about whatever was happening in the room that day, and how can it happen more often?

Weeks before, I began the semester with these kids as I always do. I try to answer the two biggest questions every student has when they meet a teacher:

Do you care about me? And… What do I need to do in this class?

I think, when learning is humming at the highest possible pitch, it’s because those two questions have been answered. They’ve been answered thoroughly, resoundingly well. More importantly, the students know beyond a shadow of a doubt that the answer to the first question is “yes.”

My first principal and teaching mentor died last night after a short battle with cancer. The most brilliant aspect of her mentorship was her support for teachers building relationships with their students. She mentioned the importance of relationship quite often, but better yet, she extended her influence like a concrete tunnel surrounding the airspace of “relationship time.” She was a solid and uncompromising barrier between critics and a teachers’ freedom to use school time to bond with their students. This might seem like an obvious use of time for elementary school teachers, but it can be dicey in high school when too much content is required in too little time.

Back to my humming organic chemistry lesson. This class is a small group of twelve students, and I’ve known more than half of them since kindergarten. My son happens to be in the class, which means I’ve known them as a mother. Many individual students have cried on my shoulder over the years. The level of trust in the room is very unusual between teachers and students.

What does that mean for replicating the environment that gave them the freedom to learn so much so fast? I can’t have my own child in every class I teach, after all. When I look at what was going on in the room, I remember the students who did not understand the concept popping off question after question, using all kinds of strange language and references, but because I knew them, I just rode the funny twists of their thinking with complete trust, even feeding the ideas back in their own metaphors.

“OK, so, Hydrogen only wants two electrons and Carbon wants eight, so Carbon is like the super extroverted party friend and hydrogen is a weirdo with no friends and just hangs around by itself at the coffee shop.”

Actually the student used some terms I don’t care to repeat when she made this analogy. With a class of teenagers I don’t know, or with a class being taught in front of an adult observer, it would have been time to pause and talk about appropriate language. Because these were my kids, we rolled with it and even expanded on it.

“I still don’t get it.” This statement was popped off without a raised hand, 10 or 11 times. They were quickly challenging me to find completely new ways to explain the lesson. In any other class, would that student have trusted me enough to admit over and over that they just couldn’t get it?

One reason my first principal was steadfast in her support of the teacherstudent bond was that she was drawn to education by the possibility that loving and understanding your students was the most important ingredient in successful teaching. I think this week, my students managed to prove it to me.

Lisa Catterall teaches STEAM, math, science, and art at Mount Madonna School. She has authored curriculum frameworks for California and Kentucky on arts education as a senior associate of the Centers for Research on Creativity. She is a former Middle School Director and the founder of a STEAM engineering program. She lectures and trains teachers and administrators on innovation in education in Chaoyang District’s foreign experts program in Beijing, China. After spending 14 years in biotechnology, she began her teaching career as a middle school math teacher in her mid-thirties. Lisa has five children and has lived in Santa Cruz County for most of her life. 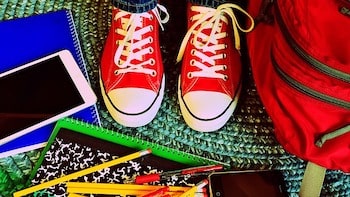 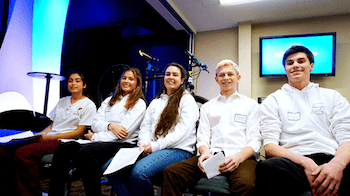 Teens Talk Back: These Students are Well on Their Way to Beloved Careers 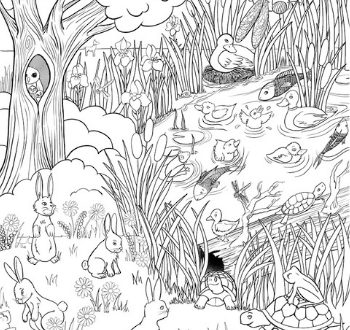