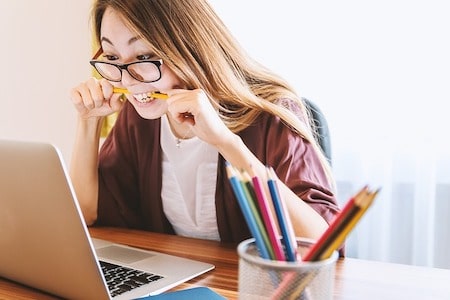 Local college and admissions specialists discuss the scandal, our local concerns, and what students facing college applications should do

The recent college admissions scandal comes just as I am writing my last in a series of three articles for GUiSC about preparing for and applying to college. The first article (November) explored “finding your passion” and considering different life paths. The second article (March) explored the idea of “college fit” and how students are often surprised that a less exclusive college might be a better fit for them.

This final article was supposed to be about the application process, but we can’t ignore the reality that hit us all in the face recently: the college application process does not happen on an even playing field. That said, students applying to college have to forge ahead, while parents need to focus on how best to support them.

If your student wanted to go to USC, what would your advice be?

Get good grades, improve your SAT score, work on a leadership project and excel in sports…

For ultra-wealthy parents, there’s one other option:

Buy your way in.

Although Santa Cruz might often seem to be its own little bubble, we aren’t immune to the cultural forces that led some high profile parents to their recent arrest.

“My employees and I have been offered $10,000+ by multiple parents—whom we immediately fired as clients—to write their kids’ college-application essays,” says college counselor Kevin Hislop. “‘Snowplow parenting occurs among less well-heeled families too. It simply looks different, frequently taking the form of parents bullying teachers to hand out higher grades than deserved or strong-arming athletic coaches to provide questionable legs up in the college-admissions process.”

They’re calling it snowplow parenting, because helicopters didn’t quite do the job. These parents mistakenly believe that they can set their children up for success by removing all obstacles in their paths—paths that are often determined by the parents.

Counselor Jill Schontag says she’s seen Silicon Valley businesses using language similar to the counselor at the center of the scandal. “ ‘I will guarantee that your child will get into one of the Ivy League schools’,” she quotes. “That sends up a red flag—how can you guarantee that? That never seemed ethical to me.”

That the system isn’t fair was not news, since we’ve long had inequity due to legacy admissions, preference for large donors, and athletic recruitment.

“The scandal was highly disappointing but not surprising to those in college admissions,” says college counselor Laurie Kiguchi. “At some institutions there are ways for certain populations to game the system, and at any institution there will be weak links where people sacrifice honesty and integrity for personal gain in spite of an institution’s best efforts.”

There isn’t one clear road to success

“Unfortunately, parents don’t stop to recognize that they’re probably setting their kids up to fail,” Hislop says. “Their children will have been handed admission to colleges and universities for which they’re likely underprepared.”

Schontag has seen that failure as a counselor at UC Santa Cruz, where students would come to her unhappy with their educational path.

“Parents would put pressure on their kids to go to UC because they thought, you’re just going to get a better education,” Schontag says. “Sometimes it was not the right fit, because the student didn’t want to go into academia and study theory.”

The reality is that the United States’ college system is highly envied around the world. Yes, we have Harvard, but we also have Reed, Swarthmore, and Cal Tech, all of which send more students on for PhDs than Harvard. Certainly, California’s University of California system offers world-class academics, but the state also offers excellent programs at our Cal State University system for students who want a clear career path, as well as myriad credential programs at our community colleges.

The central fallacy of snowplow parenting is that students need a clear and easy path in order to succeed. But every college counselor can recount stories of students who turned failure into success. In Kevin Hislop’s case, it was a student who failed to get into top drama programs at UCLA, USC, and NYU and ended up reluctantly attending Loyola Marymount University (LMU) in Southern California.

Given the low acceptance rate of competitive colleges, stories like this are all around us. But despite the evidence, parents of all economic strata are worried and react to the scare stories as if a rejection is a prediction of failure.

“I’ve definitely heard the fear that parents have—‘Oh, my gosh, how can I get them into the place where they’ll have the advantages I want them to have?’” Jill Schontag recounts. “I think there’s so much pressure on parents, but there aren’t just three right schools.”

Don’t get discouraged—find your place

An important thing for students to remember is that this scandal doesn’t prove unfairness at all levels.

“The vast majority of college admissions cases are considered fairly and there are wonderful college options for virtually every student,” Laurie Kiguchi points out. “The takeaway for an individual student is to remain optimistic, to put forth their best effort in school and in life so their application will most accurately represent who they are, and to remember that there are many, many colleges where they can obtain an excellent education and have a wonderful college experience.”

Schontag reminds students to stay focused on what counts: making sure the colleges know who they are.

“Get it in early, try to personalize it as much as possible,” Schontag says of applications. “If you are doing extra-curriculars, make sure those extra-curriculars are unique to you. There’s nothing wrong with putting down everything you’re doing that’s interesting to you, whatever that is.”

Hislop reminds students that although this is a significant life choice, it’s just another step, not the end-goal.

“While this is a significant step in your early life, the undergraduate college or university you attend will be neither the most important nor the most deterministic factor in your life’s success.  Find a school where you’ll be fundamentally happy and deeply engaged.”

Life isn’t fair, but some parts of it can be made more fair

Schontag says that she’s particularly concerned about the economic equity ramifications of private counselors that cater to the wealthy. She encourages counselors at our local high schools and Cabrillo to refer university-bound students to specialty counselors when it might help, even if they don’t think they can afford it.

“Don’t be so intimidated that you don’t pick up the phone and call and ask,” she advises parents. “Many counselors work on a sliding scale. Most advisors and counselors have a free consultation time that’s available to them.”

Kiguchi agrees that equity is a problem, and points out that the scandal may have a silver lining.

“This is a very public and thus compelling situation that is serving to drive the ongoing effort toward transparency and fairness in college admissions,” she says. “The fairness of considering legacy, athletics, and development (fundraising) has been debated for years.”

As I write, coaches are being fired, parents are being charged, students are being dismissed, and universities are taking a good, hard look at their admissions processes. Like any scandal, this one is both particular to the people involved in it and also indicative of our society at large.

In recent years, families have received an onslaught of messages telling them that the stakes are higher than ever, so it’s no wonder that this message has led to unsavory behavior.

I chose to embark on this series this year in part because my second child will be applying to college soon. But I’m also writing from the other side. My older child applied to college a few years ago. He reached high, aiming for the most exclusive university in his area of interest.

Not only is he thriving at his “safety” school, having been rejected by his top pick, but he has realized that he landed in the right place. That exclusive university’s program didn’t actually suit his needs. Seeing him happy in his studies bolsters my belief that it’s a parent’s job to support our children but not pave the way for them.

All of us let our children get a few bumps and bruises while they are learning to walk. We need to do them the same favor as they move into their adult lives.

Suki Wessling is a local writer and the mother of a teen and a college student. Read more at www. SukiWessling.com. 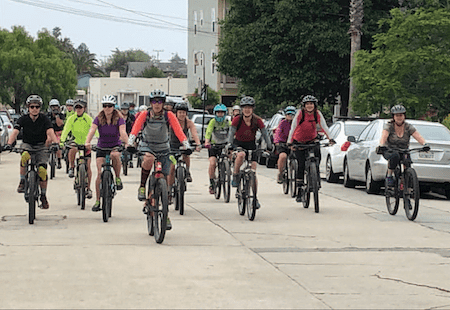 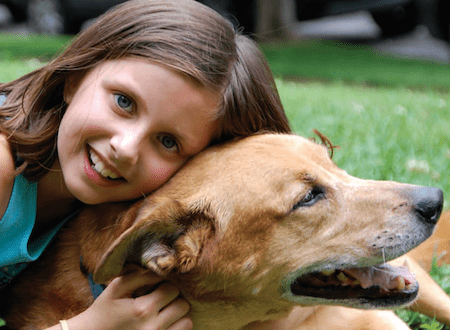 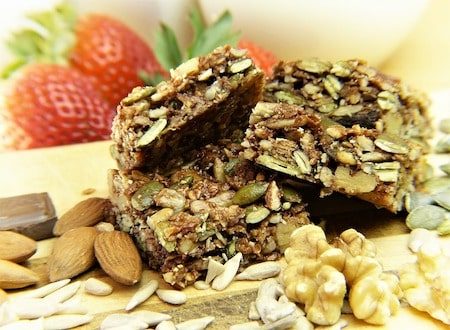 Packaged Snack Bars: What Are We Really Serving our Kids?