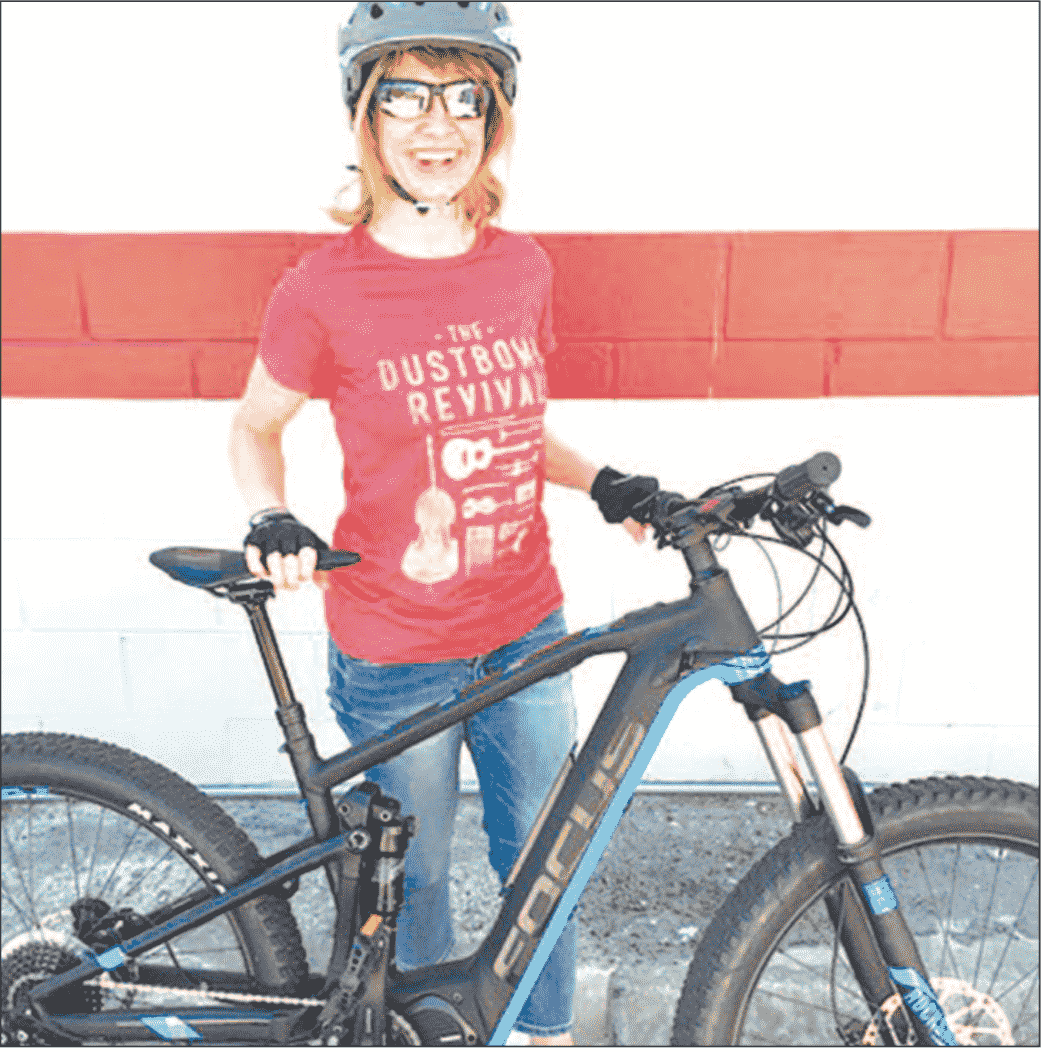 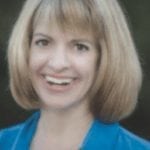 I finally tried an electric mountain bike after years of dismissing the beefed up bikes as “cheating.” to zip uphill on a trail on a battery-powered bike, passing fellow cyclists huffing and puffing up the same climb on traditional mountain bikes just seemed wrong, like doping in the Tour de France. Plus, safety issues seemed more urgent: No one wants to be startled — or possibly hit — by a rider barreling towards them uphill or downhill on a hefty e- bike that can reach up to 20 miles per hour. I had also resisted electric road bikes, that is, until I rented one in Big Sur last summer, and had a change of heart. Not only was it super fun but it was clearly a great way to get people out of their cars and commuting by bike.

But should e-mountain bikes be allowed on multi-use trails alongside hikers, bikers and even horses? It’s a controversial question. Last year, the International Mountain Bicycling Association (IMBA), the sport’s largest advocacy group, updated its stance on e-bikes and indicated it now supports e-bike access on certain trails. To some extent resistance is futile: the e-bike industry is growing rapidly in the U.S., following the trend of skyrocketing sales in China and Europe. Not surprisingly, Baby Boomers, ages 50-69, drive national sales, according to a 2015 survey by Bosch eBike systems.

In Santa Cruz, more friends have been buying e-bikes for both commuting and trail rides and giving them rave reviews. All over town, people are renting and riding the 250 bright red, electric bikes that rolled out with the City of Santa Cruz’s Jump Bike Share program in May. I decided to stop being an armchair critic and instead strap on my helmet and try an e-mountain bike.

I stumbled upon the perfect opportunity when Current eBikes, a shop in downtown Santa Cruz, hosted a free, guided group ride to test its focus brand electric mountain bikes. on a rainy Saturday morning in June, nearly two dozen of us gathered in the store parking lot to get fitted on the full suspension bikes. To start my test ride, I powered the bike on and off with a button (which was a novelty in and of itself ), studied the small screen that displays the battery power and other data and practiced switching between the three different levels of battery power. Changing gears on the e-bike was the same as on a traditional bike.

Our gang rolled out to the San Lorenzo River levee path, an ideal flat stretch to experiment with our newfound battery power. My bike was “pedal-assist,” meaning that I had to pedal in order to engage the battery. It is thrilling to feel that power surge and makes an e-bike fun and easier to ride. My bike didn’t have a throttle which would have provided instant power, with or without pedaling.

We launched our e-bikes at the base of the Mmma McCrary trail (EMT), a 2.2-mile, multi-use trail typically used by hundreds of riders during a spring weekend. It’s embarrassing to ride with more than a dozen fellow riders (on any type of bike) on a singletrack trail. It’s not cool, not uncommon and is legal. However, it disrupts other riders to have so many people try to squeeze by on a narrow trail. I sheepishly apologized as we passed cyclists. More than one of said something along the lines of, “Having fun on that motorbike?”

The biggest surprises of my hour-long ride up winding EMT and the steeper climb up U Conn trail, were: 1. You still need technical riding skills and 2. Yes, you still get exercise. I had imagined I would just plow over pesky roots and rocks and not need to negotiate them because I would have so much power. Not true. I needed my bike handling skills to stay upright. One time I wobbled because I didn’t take a turn smoothly and imagined how unpleasant it would be to tip over on my 45-pound bike, more than double the weight of my mountain bike. Breathless, at one point, due to being on a lower battery power mode, I dis- covered you can certainly work up a sweat. However, I also noticed I could chat easily on hilly sections where I was usually winded.

As always, I felt peaceful in the beautiful woods and felt the light rain washing my worries away. At one point, a man weighing an extra 30 or 40 pounds was breathing hard as he caught up to me. As he chugged past me, he smiled, explaining he was trying to catch up to his son. He wouldn’t have been out there with his kid on a regular mountain bike; the added battery power was what made it possible.

Unfortunately, I had to skip the fun singletrack descent and instead ride down the road back to the shop because the bike saddle was not designed for the female anatomy. (ouch! Bring your own saddle if you test ride!)

Ultimately, I did have a change of heart after riding the e-mountain bike. I feel that giving people who are injured, overweight or otherwise unable to ride traditional mountain bikes access to trails is a gift of technology. I don’t condone speed demons using them to set trail speed records (that happens already with traditional mountain bikers). Cyclists can be courteous or rude regardless of what type of bikes they are riding. I do think it’s fair to have some trails that ban e-bikes. Most importantly, given the greater speed and power of e-bikes, there needs to be extra training and education provided by bike shops selling and renting the bikes and as well as from manufacturers. There’s room for improvement. Mountain biking is largely a self-regulating sport, so it’s up to us to do the best we can for each other.

When parents and kids learn and follow basic rules of mountain bike etiquette, the trails are more fun and safer for everyone regardless of what kind of bike they ride.

1. Put a bell on your bike to ring before blind corners and to alert other cyclists. Wear bright colored clothing and helmet to increase visibility. Make sure your bike fits you correctly.

2. Be friendly. As you approach a rider, say hello, give a smile, ask how their ride is. If you to want to pass them, never assume they know you’re there. Call out, from several feet away, “On your left” or “On your right” indicating which side you want to pass on. A common mistake is getting an inch behind someone and then saying something. That can surprise them and they may steer unpredictably if not given sufficient warning.

Brush Up Your Skills

3. It’s your responsibility to know your basic steering and technical skills for managing switchbacks, roots, rocks and steep descents and climbs. Just like on a ski slope, don’t go on a black diamond trail if you are a bunny slope skier. If you find yourself over your head, walk your bike. Talk to local bike shops and learn what trails are a good match for you. And most of all, enjoy! 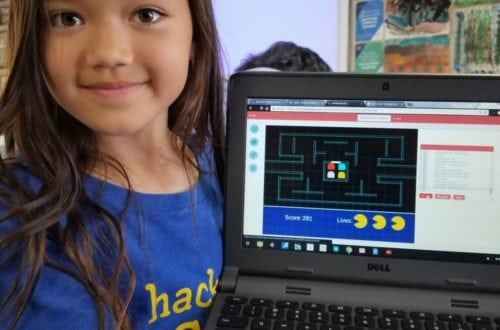 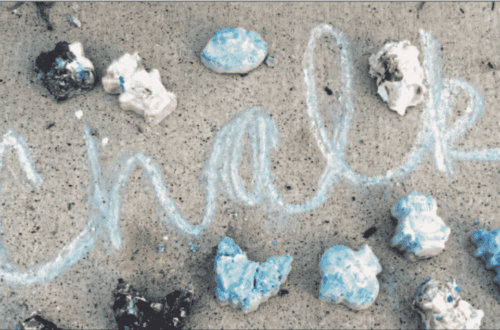 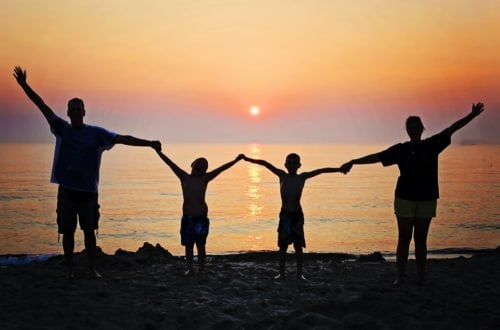 Making the Most of Summertime Schedules: Ask Nicole