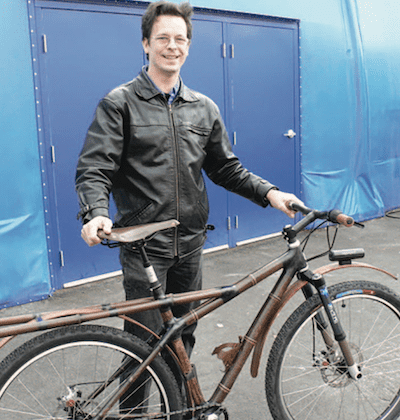 A Bicycle Built for You

I love cycling, but I’m not a bike geek. That means when I’m with cyclists who get pumped up comparing bottom brackets, cranksets and gear ratios, my eyes glaze over. So when I first heard about the North American Handmade Bike Show (NAHBS) more than a decade ago, I thought I might feel out of place.

Happily, I was wrong. While there were plenty of bike geeks attending the Sacramento show, I also found my people — mainstream cycling enthusiasts who were there with their families to meet dozens of bike builders, admire their craftsmanship and gawk at whimsical two, three (and more) wheeled, rideable art. It’s a colorful, lively spectacle designed to showcase small, independent bike builders who are often overshadowed by industry giants. Four of Santa Cruz’s stellar bike builders will participate in the annual show, one of the biggest of its kind.

Now celebrating its 15th year, NAHBS returns to the Sacramento Convention Center, March 15-17, and will draw thousands of visitors.

When I spoke to NAHBS founder and president Don Walker years ago, he explained, “The North American Handmade Bicycle Show is about beautiful bicycles made by people who dedicate countless hours poring over the details of every bike they put their name on.”

That’s still true today. What’s changed since then is the show has grown to more than 125 bike builders and attracts thousands of visitors over the weekend. It’s a non-commercial and congenial atmosphere where the scattered tribe of bicycle business owners, many with an international following, can demonstrate the advantages of having a bicycle built specially for you. I managed to contact three out of four of the local quartet headed to Sacramento. Here’s the scoop — and I’ll see you there!

Passion: “I love a good challenge and bikes will always provide a challenge. My job doesn’t feel like work. I enjoy putting in long hours doing something I love.

Travel: “I teach people in developing countries how to build bamboo bikes; and that’s very satisfying.”

About NAHBS: “It’s a real art show where builders really stretch their limits.”

What keeps him going: “I like the process. It’s continually evolving and al- ways a source of challenge on physical skills and mental as well.”

About NAHBS: “The cool thing is getting to see all your bike building buddies in one spot. Usually there’s some really funny stuff there. People build odd things trying to start a new trend.”

About NAHBS: Amazing diversity of beautiful, unique bikes from all around the country (and world) are on display. You can meet the builders. Everyone brings their unique talents, vision and perspective to their bikes and business.”

For fun: “I like to ride everything from pavement to dirt, with mixed routes being a favorite.”

Best known for: “Bikes that excel at mixed riding.”

More: Designs and builds custom bicycle frames that range in style from racing to hauling cargo to bikes built for long distance.

Karen Kefauver is a freelance journalist and social media coach based in Santa Cruz since 1993. She’s an avid mountain biker and bicycle commuter. www.karenkefauver.com. 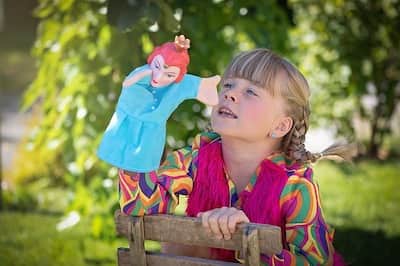 Burning Man at the Mall: Around Town March 2019 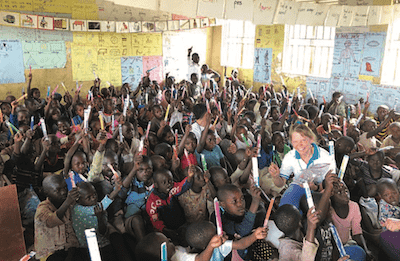 Helping Around the World

“The Talk” with your Teen: Career Pathways March 2019