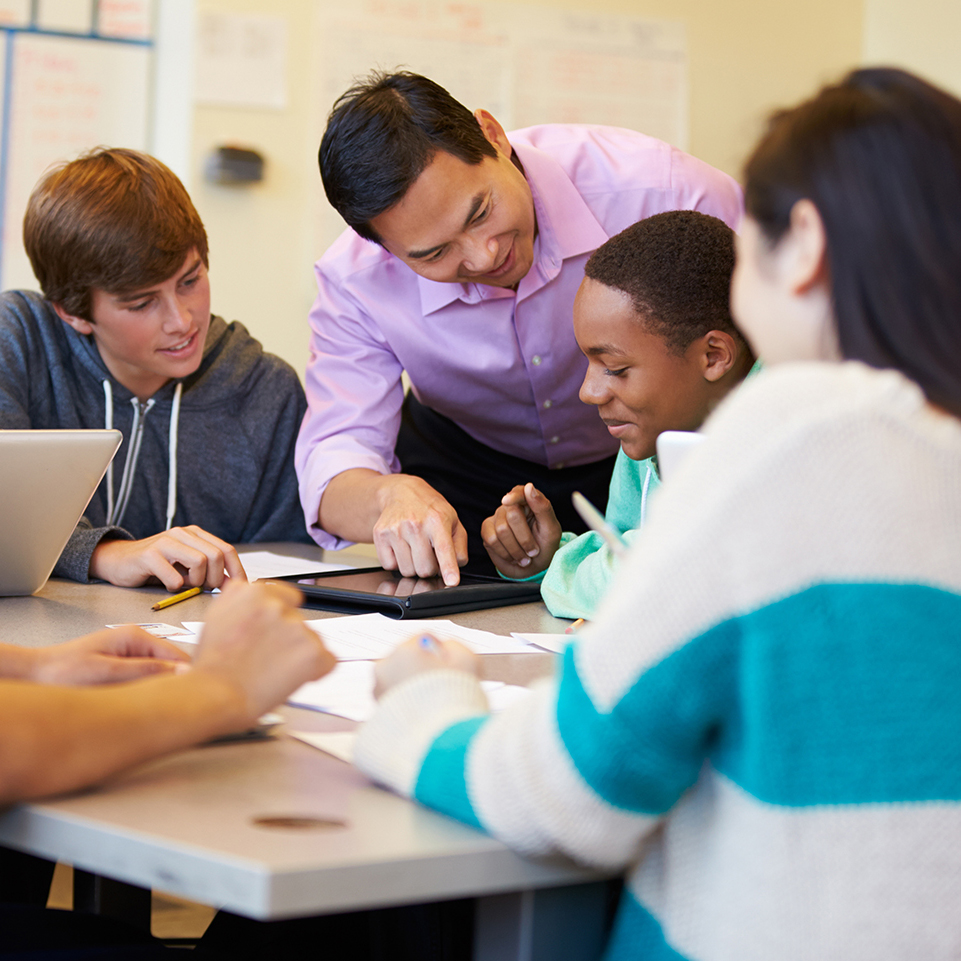 Can High School Journalism be Saved?

Studies Show Teens and Tweens are Susceptible to "Fake News" 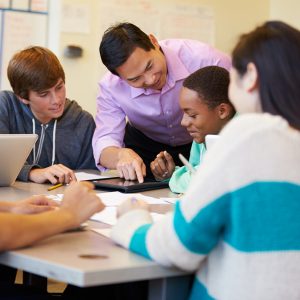 Democracy dies in darkness. Those powerful words, taken up as a slogan by the Washington Post, remind us that ethical journalists are guardians of the light that dispels the darkness of ignorance and hidden corruption.

Sadly, according to local teachers and administrators, it’s been years–often more than a decade–since journalism classes have been offered in most Santa Cruz high schools.
“Journalism students become skilled through regular practice in gathering information by asking smart questions,”says Cabrillo College English Instructor David Sheftman. “They learn how to work as part of a highly collaborative, interdependent team, all dedicated to meeting deadlines and producing a quality product that everyone in the school community and local community can benefit from.”
Backing this up, The Newspaper Association of America has conducted studies showing that high school journalism students perform better on standardized tests, make higher GPAs, and earn higher grades in their first semester of college than their classmates.

Young people, even more than their elders, now turn their attention to social media as a news source. The Pew Research Center for Journalism and Media reports that only 5 percent of people 18 to 29 get their news from reading print sources, while the most-used platforms for news are Instagram and Snapchat.
That’s worrisome, given the spread of disinformation on digital media—and young people too often fall victim to fake news sources. A 2017 study by Common Sense Media showed that only 44 percent of teens and tweens could tell fake stories from real ones and 31 percent of them had shared a story online they later found to be inaccurate.

“Kids have less experience in and context for evaluating news sources, so certain words or images that might immediately tell an adult that something is fake or biased might not have the same effect on kids,” says the report.

Sheftman has an insider’s view of how our schools view the importance of news.
“In this age of social media and online partisan outlets, high school teachers, staff, and administrators know how vital it is for young people to learn how to distinguish unreliable from reliable news,” he says.
By studying journalism, he explains, “They learn to source information rigorously, vetting its accuracy and reliability from multiple sources. They learn how to build context so that the import and significance of the information become clear to the public.”

A 2018 article from Atlantic Magazine, titled “Trump Has Changed How Teens View the News” shared the results of a study by Data & Society and the Knight Foundation, suggesting that teens, in particular, appear to be increasingly questioning the credibility and value of traditional media organizations. Though young people often adopt the President’s tweets as jokes and view them with skepticism, his “fake news” drumbeat has affected their attitude about all news in general, casting doubt on reputable sources as well.
Sheftman sees high school as an essential time to inform news-savvy citizens.
“Journalism programs at the high school level are critical to empowering students with the knowledge and skills to ferret out disinformation and misinformation,” he says. “Not having a campus media outlet whose content is student-produced under the direction of a faculty adviser is a step back from the kind of 21st-century education that students need and that our society will not thrive without.”

WHERE HOPE RESIDES
The Watsonville Video Academy produces KATZ News, a class where students learn hands-on how to maintain a daily, live-news broadcast program. Participation in the Academy is open to Watsonville High students, with some students transferring to Watsonville just to enter the Academy.
The students report live to other class televisions, with KATZ going live at the beginning of class at 7:52 AM. reporting the latest campus news, including upcoming events.

The class formerly featured a journalism component, taught by English instructor Christine Kopecky, one of the originally recruited teachers for the Academy. With Kopecky’s retirement, the Academy now predominantly teaches audio/video production and how to anchor and report news on camera.
Sole funding comes from a recurring grant from the state’s California Partnership Academy, a network of approximately 400 programs supported by competitive state grants in California’s public high schools, designed to prepare students for both college and careers.

Teachers’ salaries were previously funded through the Regional Occupation Program—no longer in existence as of this year. ROP has been replaced by Career & Technical Education funding that forced teachers to take a cut in pay to keep their jobs. As a result, many teachers chose to retire rather than work the same job for less pay.

Program Director Burnne Yew echoes a common refrain that local businesses and the community need to pitch in to assist student programs.

Yearbook classes
Student-created yearbooks are ubiquitous at local high schools that have lost student newspapers.
Megan Laws is an English and yearbook teacher at Scotts Valley High. As a part of her yearbook class, she assigns photojournalism projects throughout the year both as stand-alone assignments and as pieces to be used as pages in the yearbook. Ethics is a huge emphasis at the beginning of her photojournalism class.
“We want to tell the story as it is, not how it should be, so students are not allowed to manipulate the content of photos.” The class does discuss fake news vs. legitimate very briefly, through journalism lessons focus solely on the yearbook. Laws emphasize the importance of facts, and the class discusses the importance of having and checking multiple sources.

Asked if journalism is a missing component of High School education, she answers with certainty. “Absolutely,” Laws says, “This type of course only exists in pieces within my yearbook class. It’s something I am trying to grow at my school.”

Among the alternatives she considers are after-school programs, guest speakers, or stipend-funded school news media.

Jennifer Angelacos is the yearbook Instructor at Harbor High. She has a background in digital media, so the focus of her knowledge stems from photography and graphic design. The yearbook class is the closest thing the school has to journalism, and because of Angelicas’ background, the focus is mostly on photography and design.

A visit to her class gives a glimpse into one small sample of teens’ news consuming habits. Neither newspapers nor nightly broadcasts were a part of their lives.

But as passionate and proud as students rightfully are about their yearbooks, there is a downside to yearbook classes.

“Yearbooks can be a rival that can destroy journalism programs,” says Steve O’Donoghue, director of the Contra Costa Journalism Network. “What a lot of schools did was to combine a yearbook and newspaper into one class, where the yearbook becomes the priority and inevitably the newspaper gets wiped out.”
O’Donoghue directs the Contra Costa Journalism Network, a grant-funded initiative that offers high schools, with or without a journalism program, a way to let students be published in their own newspaper—an initiative that might potentially serve as a blueprint for a similar program on the Central Coast.
The first step to creating such an initiative locally is to get a school administrator to buy into the idea. Next, an adult on campus must consent to be an on-campus advisor, ideally an English instructor. According to O’Donoghue, journalism is part of an English credential in California, so any English teacher, even with no coursework in journalism and no training, is qualified to teach a Journalism class.

CCJN begins by hiring a student on each participating campus to be an editor, paying a $500 stipend, with the responsibility of being the primary contact to the school. When print deadlines are set, the Journalism Network asks each student editor to round up stories from their school. Volunteer writing coaches operate as editors, reading the stories and bouncing them back for improvements.

They can do that as many times as needed. All the content and then assembled in a layout by a design editor, and reviewed and fact-checked by the writing coaches and student editors. It’s then printed and distributed back to the schools.

The CCJN is supported by a grant from the Dean and Margaret Lesher Foundation—grant money that is held and allocated by the County Office of Education. The Contra Costa Times once served as a media partner, printing and distributing a newspaper for free, but today CCJN pays for printing and distribution back to the schools where students distribute the paper around campus and to local cafes and bookshops.

“We visit the Sacramento Bee and the College Program at Sacramento State,” he says, “because the high school kids look up to the college kids. The college kids kinda help sell journalism, and build enthusiasm.”
That enthusiasm, he says, is even a motivation to keep kids in school when dropping out looks like an option.
O’Donoghue operates the same program in Sacramento, funded by the County Office of Education as a career program. Networks in Chico and Oakland operated for several years until funding ended.

He is receptive to the idea of helping start new Network programs while being realistic about the difficulty in recruiting a team of special people to make it work. “You need someone who’s got the time and energy to be the coordinator, and then some retired journalists to be the writing coaches. Nobody gets a salary, just a stipend, and it’s not a lot, so most are doing it because they love journalism.”

WHERE HAVE ALL THE PAPERS GONE?
Given the necessity and urgency of maintaining a free press in a democratic society, and taking into account the lifetime benefits to be derived from studying journalism, why isn’t it offered everywhere?

The answers come from teachers, administrators, and studies into the issue: inadequate school budgets; a lack of qualified teachers, and a lack of perceived interest from students. Added to that is declining enrollment and smaller schools, with many classes too small to sustain. Because of school budget cuts, any course with less than 18 students will be eliminated.

Plus, one unspoken source of resistance from some school administrators, according to O’Donoghue.
“They don’t want any bad news.”

He notes that the problem is often greater in schools where gangs are present, where the administration can see student journalists as more of a challenge to their authority. The result, as O’Donoghue puts it bluntly— “No class, no newspaper, no problem with those pesky journalists.”

THE ARGUMENT FOR JOURNALISM
Good journalism is a special craft that sharpens communication skills, fosters critical thinking and stimulates curiosity. It requires an ethic that separates the reporter from the propagandist. That craft and that ethic must be taught and handed down to new generations of journalists.

A career in journalism opens a path with the potential to lead anywhere—near and far, and experiencing first-hand the highest and lowest strata of society.  It can bring you face to face with legendary entertainers. It can reveal the stories of the most successful and celebrated or the most lost and forgotten. It encourages self-motivated initiative while requiring teamwork in an environment that creates pride and a sense of belonging to a society of professionals in what acclaimed teacher Ron Berger calls a Culture of Craftsmanship with an Ethic of Excellence.

There is a place in journalism for every interest, from politics to fashion, and business to entertainment, with many intertwined.

Included with their studies, journalism students acquire knowledge about photography, computer graphics, and design. Perhaps most importantly, the life skills of critical thinking, leadership, and self-management are essential parts of being a successful journalist. 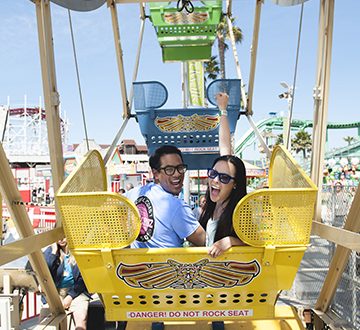 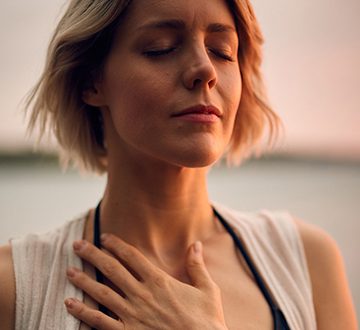 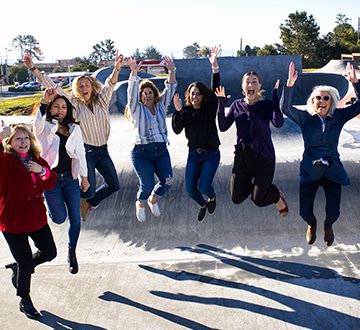 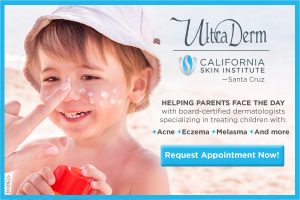 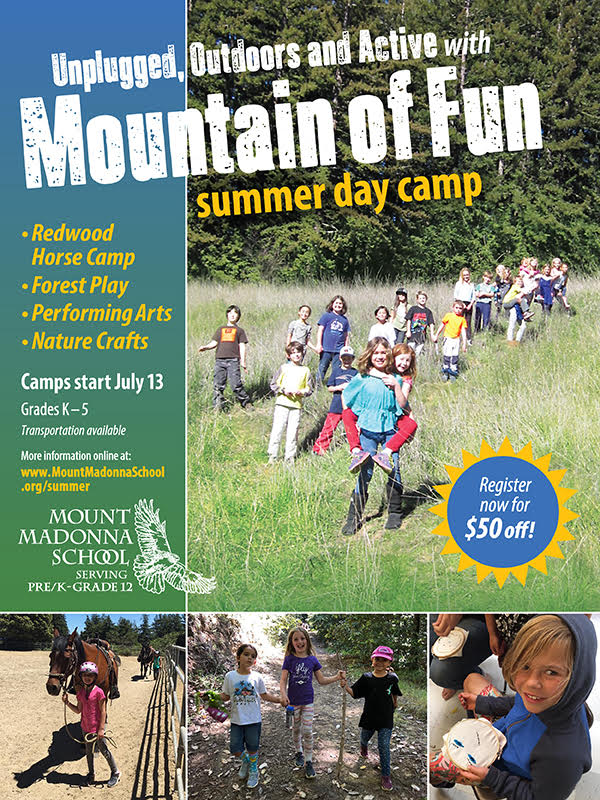 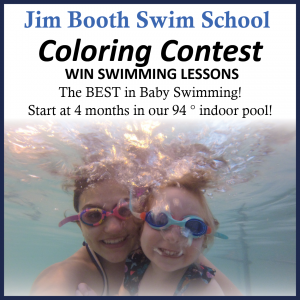